Pittsburgh-native Chevy Woods to open for Big Sean in Erie

"We always try and make it a party -- make sure everyone is having as good of time as we are onstage." 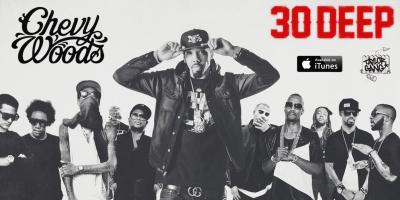 Chevy Woods is embarking on a round of one off-shows and has Erie in his sights this Thursday.  The Pittsburgh native just dropped his latest single the Taylor Gang anthem, 30 DEEP and he is out in full force bringing his brand of Pittsburgh hip-hop to the masses.

"Slippery Rock showed love for sure," says the steel city mc. …"We always try and make it a party -- make sure everyone is having as good of time as we are onstage."

Having been connected to the Wiz Khalifa headed Taylor Gang since its humble beginnings, Chevy has watched not only the size of the crowds grow but also the venues. While he loves the opportunity to do both, Chevy said he prefers the "smaller more intimate shows.".

"I like to get right up front with everyone, take pictures and shake hands, I want to make sure no one walks away feeling like they didn't get their moneys worth…"

In between tours, Chevy still calls Pittsburgh home. In recent years, Pittsburgh has been churning out a number of Billboard charting hip-hop acts. When asked why he thought Pittsburgh has become such a hot spot for hip-hop, Chevy mentions the hardnosed work ethic of its residents.

Another important factor is that Pittsburgh is home to ID LABS. You will find ID LABS name listed in the production credits for everybody from Wiz and Mac Miller to some of the region's more up-and-coming artists.

"It's like a home for us. We are able to link up, share stories about where we've been and where we're going…to record together."

Right now Chevy is looking to hopefully drop a new EP this summer and tour a bunch. Lucky for Erie we can catch him right here in the 814 Thursday night.