A pilot orders pizza for his passengers when forced to make an emergency landing mid-flight, saving what could have been a filghtmare for all. 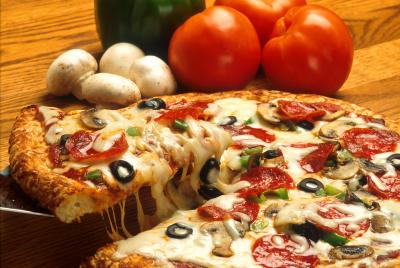 It was the worst travel night of our lives, not because of weather or technical problems, but simply because someone with the airline shuffled the deck incorrectly, we lost every hand.

My wife and I, along with another couple - who we'll call "The Whites" - left Key West, Florida by car headed for Tampa to end our vacation. The weather was beautiful and we all needed drama-free tranquil travel.

Five days of debauchery at the southernmost point included a wedding (not mine), an elopement (mine), a late night Harley hijacking (I'll own that), and at least one unsanctioned ride on a mechanical bull (I had something to do with that as well, but I refuse ownership). By most accounts this was a routine Key West vacation.

When we boarded our plane in Tampa - headed to Pittsburgh via Philadelphia - we were ready to be home.

"Ladies and gentleman, this is your captain," he said. "We'll be taxiing away from the gate momentarily. We're currently scheduled number 68 for takeoff. Number 12 is on the runway."

This was in 2007 before Congress passed legislation limiting the amount of time the airlines could hold passengers hostage, sitting on the tarmac without departure. That law was passed in 2010.

We sat in the plane in Tampa, motionless, for six hours. We were told weather in Philadelphia - routinely called the worst airport in America - was the culprit.

We arrived in Philadelphia  - no weather to speak of - eight hours after we were originally supposed to depart Tampa. The airline, which we'll call "U.S. Scairways" had already changed our connecting flight, so our plane to the 'Burgh was waiting and ready to go upon arrival in PHL.

Nightmare over? Not so fast.

Again the plane taxied away from the gate and again we sat. For another eight hours. Thanks for nothing "U.S. Scairways."

By the time we arrived in Pittsburgh - 22 hours after we left Key West - we were tired, hungry, and our bladders were angry. (The airlines won't feed you, give you beverage service, or let you pee while your plane is on the tarmac.)

So when I heard an NPR report about a Frontier Airlines flight that had been forced to land in Cheyenne, Wyoming en route from Washington, DC to Denver, Colorado, I experienced a flashback and some serious empathy.

Like the series of planes that carried the Wertz's and "The Whites" in 2007, these fateful fellow travelers were also unable to deplane on their emergency layover in Cheyenne.

Unlike our plane full of hungry hostages, the Frontier pilot ordered pizza - 50 pizzas - for himself, the crew, and the passengers.

The plane arrived in Denver later that evening. The passengers were grateful for the pilot's act of kindness.

But like all great stories, this too ends with the hero's sacrifice.

The pilot missed his slice of the pie. While working to get the plane back in the air, his crew doled out all of the pizza.

So the next time you find yourself stranded on the tarmac and your pilot does something considerate for you and your filghtmates, don't forget to tip the driver. Or at the very least, save him a slice.