Playhouse in Tune With Music of Andrew Lloyd Webber 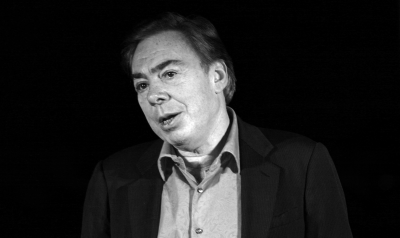 What do a band of wild cats, a rock 'n' roll version of Holy Week, the coat of many colors, an Argentinian first lady, and a deranged opera house ghost have in common? All of them are pillars of some of English composer Andrew Lloyd Webber's most famous musicals, and they're on their way to an Erie stage.

The prolific London composer was on his way to gaining world-wide reverence after the debut of his first musical, The Likes of Us in 1965, a collaboration with music writer Tim Rice. While the musical never really took off, it was the first work of a partnership that would later produce works such as Evita (1978), a story based on the life of Argentinian first lady Eva Peron during the early 20th century.

In the following decades, Webber produced Phantom of the Opera based on the 1911 book, Cats, Jesus Christ Superstar, Joseph and the Technicolor Dreamcoat, and more. Each work boasts at least one timeless song and has become a staple in modern musical theater.

"The popularity of Andrew Lloyd Webber is undeniable and he has done so much for making musical theater accessible to new audiences," said Erie Playhouse's executive director Kate Neubert-Lechner. "His music is catchy, tuneful, and always has a great hook, so people love to hear it and easily connect with it."

This weekend, these memorable works are coming to Erie Playhouse's stage for a compilation of "The Music of Andrew Lloyd Webber."

"There is a full orchestra and chorus, as well as soloists performing the pieces," said Neubert-Lechner. "The evening will include lots of large choral numbers, such as 'Masquerade' from The Phantom of the Opera, 'Jesus Christ Superstar,' and a gorgeous acapella arrangement of 'Pie Jesu' from Lloyd Webber's Requiem. There are also solos, duets, and trios throughout the evening." — Hannah McDonald

The Music of Andrew Lloyd Webber

Theater
4/27/2019 at 7:30 PM
Erie Playhouse, 13 W 10th St, Erie, PA 16501
Join us for a spectacular night of music by award-winning composer Andrew Lloyd Webber. Highlights include pieces from favorites such as Cats, Joseph and the Amazing Technicolor Dreamcoat, Jesus Ch...
events in erieerie playhouseandrew lloyd webberphantom of the opera in eriecats in eriejesus christ superstart in erieerie musical theater