by Nick Warren
View ProfileTwitterInstagramRSS Feed
August 18, 2021 at 9:30 AM 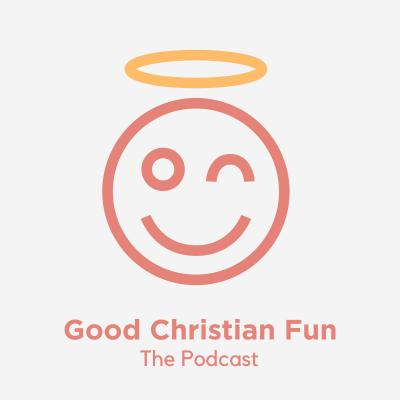 This is a weird one. There are times when narrowcasting leads to a concept so specific that it's hard to resist. Good Christian Fun is one of those times, which takes an often-hilarious look at Christian pop culture that's equally sincere and tongue-in-cheek. Premiering in 2017, the show was an eagerly anticipated follow-up to co-host Kevin T. Porter's mega-hit Gilmore Guys. Roughly the first half of the podcast's overall run stuck closer to the given format: Talk about a specific piece of Christian pop culture. Thanks to the hosts' ages and interests — not to mention the worldwide boom of modern Contemporary Christian Music — subjects tended to stick with topics primarily in the 1990s and early 2000s. As a former Christian who spent so much of my high school years voluntarily in church, this hit hard. Hearing people talk about Five Iron Frenzy, VeggieTales, or DC Talk? Sign me the hell up. Hosts Kevin and Caroline snag guests like Paul F. Tompkins and Gaby Dunn, along with the occasional first-person perspective with folks like Kirk Franklin and even Amy Grant herself. If you only listen to one episode, check out "McGee and Me! (with Travis McElroy)," in one of the best single episodes in all of podcasting. In later episodes, guest testimonies (or, "guestimonies") became the focus of the conversation, with smaller subject matter (think songs instead of albums or bands). While Kevin and Caroline are modern-day believers, they're not trying to convert you.