by Nick Warren
View ProfileTwitterInstagramRSS Feed
May 25, 2022 at 6:34 PM 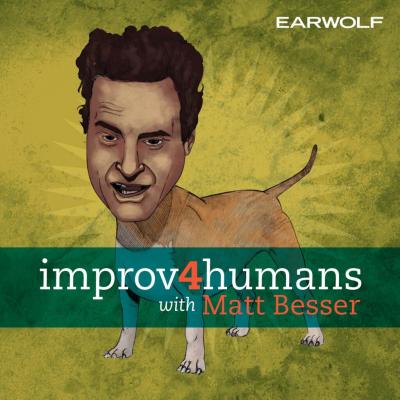 It only makes sense that out of the countless podcasts that rely on improvised comedy, Improv4Humans stands out as one of the pinnacles. Improv in its most basic form is something that most podcasts rely on in one way or another. From unscripted interviews, to the character-based long-form of Comedy Bang Bang, to every D&D campaign, it's being relished by creators around the world.

Leading that generation into modern improv is Matt Besser. He is one of the founding members of the Upright Citizens Brigade (UCB), which spawned an eponymous sketch series and — more importantly — the UCB Theatre and Training Center to teach long-form improv.

Since 2011, the easiest place to find Besser has been his weekly podcast Improv4Humans. Joined by a revolving door of comedians and improvisers, Besser and company create hilarious scenes on the air. The show uses a variety of suggestions, from Twitter to their own conversations (like Besser's first-hand Oscar experience) to generate ideas for a series of sketches.

Some of the most memorable episodes are the ones featuring a live musical guest, with two of the most recent being ME REX and Fat Mike from NoFX. The guests are simply some of the greatest comic improvisers in the world like Andy Daly, Will Hines, Lauren Lapkus, Jon Gabrus, and hundreds more. Be sure to check out episodes featuring Besser's wife, actress and improviser Danielle Schneider, for their added subtext and unforgettable interplay.