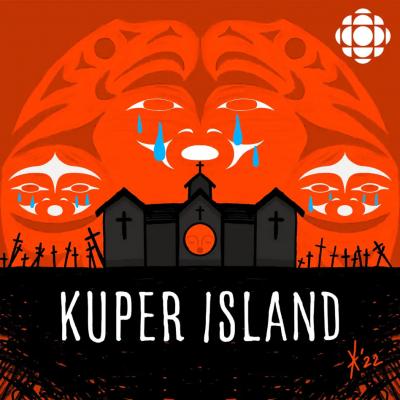 Note: This podcast discusses in-depth the physical and mental abuses and traumas experienced by indigenous peoples of Canada via the residential school system. Some listeners may find the themes upsetting; listener discretion is advised.

Although its doors closed for good in 1975, the traumatic effects the Kuper Island Indian Residential School had on Indigenous peoples is still felt decades later. In the summer of 2021, more than 160 undocumented and unmarked graves were discovered at the site that once belonged to the school, renewing public interest in the events that took place.

Around 150,000 children were put through the residential school system across Canada from 1867 until 1998. In the first 30 years of operation, nearly 40% percent of students at Kuper Island died. It is difficult to evoke empathy with cold, calculated numbers such as these, which is why Duncan McCue set out to tell the stories of four children who endured Kuper Island, putting names, experiences, and faces to the numbers.

An Indigenous journalist, McCue tells their stories (three of whom survived) through examination of police reports, court documents, and interviews with other survivors. Abuse, starvation, and unsanitary conditions are just a fraction of what the children who attended these schools had to face, alongside erasure of their Indigenous cultures and languages.

Told in an eight-part series presented through the CBC, Kuper Island is a difficult but necessary listen. McCue's journalistic style is in-depth and sympathetic, calling attention to a piece of history many are still trying to cope with to this day. – Ally Kutz