Podcast Picks: Stuff You Should Know 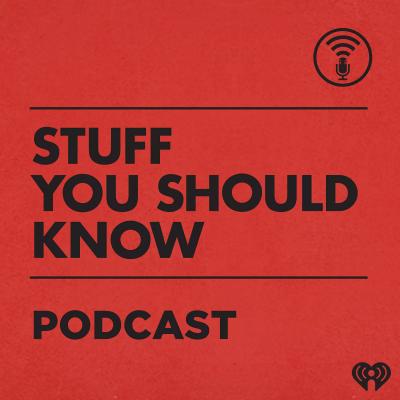 In a time where the answers to (almost) everything are right at our fingertips, it is no wonder that a podcast like Stuff You Should Know would be so popular.

In 2008, Stuff You Should Know (stylized as SYSK) was started with the intent of repurposing articles from the website HowStuffWorks, where hosts Josh Clark and Chuck Bryant are writers. From there the idea took off, with the podcast amassing hundreds of thousands of fans across the world and millions of downloads each month. In January of 2019, SYSK became the first podcast ever to reach one billion downloads and is consistently ranked in the top 10 on the iTunes podcasts chart. It's also spawned a YouTube channel, a TV show, and most recently, a book.

With a tri-weekly release schedule and more than 1,400 episodes under its belt, SYSK has something for everyone. Often utilizing popular culture in reference to the topics, Clark and Bryant have no shortage of relevant, comedic quips and jokes to add to the already interesting information they present in each episode. With episode lengths ranging from a few minutes ( "Short Stuff") to just shy of two hours, it is very easy to fit SYSK into your daily commute or different points in your day.

Don't know where to begin with 1400+ episodes staring you down? Check out the top five most listened to episodes: "The Disappearance of the Yuba County Five," "Gerrymandering — How to Stifle Democracy," "What Does a Tire Company Know About Food?" "Ballpoint Pens? Heck Yes, Ballpoint Pens!" and "How the Stanford Prison Experiment Worked."