Hosted by: Bryan Curtis // The Ringer 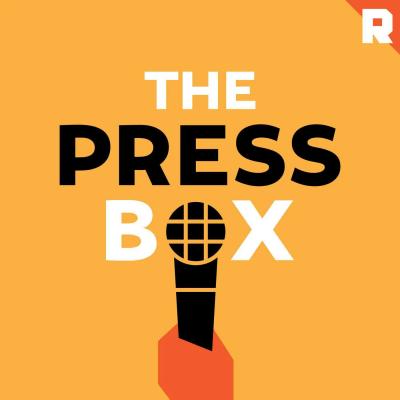 Hosted by: Bryan Curtis // The Ringer

A must-listen for media junkies and journalism students, The Press Box is pleasantly hosted by Bryan Curtis and David Shoemaker (part of The Ringer's podcast network). The show employs a good balance of more serious fare — Emily Wilder's firing from the Associated Press was a recent episode centerpiece — and pop culture/sports topics, ensuring they don't get swallowed up by the media industry's ongoing existential dread.

Let's go back to that Wilder episode (May 24). This initial discussion not only breaks down the situation for those uninitiated, but then talks about how the Associated Press is vulnerable to bad faith troll campaigns (like those who came after Wilder), and how reporters, AP or not, are expected to be robots, free of feelings or "bias." The back half of the episode is then a fascinating look at NBA studio shows, such as TNT's Inside the NBA. What's nice about the show's affiliation with The Ringer is that they can skew pop culture and sports for secondary topics, while they have plenty of experts on-hand.

Toss in segments like the "Overworked Twitter Joke of the Week" and "Guess the Strained-Pun Headline," and you get a nuanced yet entertaining twice-a-week program.