Police Musicality: Erie Philharmonic, Jeans N' Classics Take on the Music of Sting and the Police

Conductor Daniel Meyer and the Erie Philharmonic teams with Ontario's Jeans N' Classics for Every Breath You Take: The Music of Sting and the Police at the Warner Theatre. 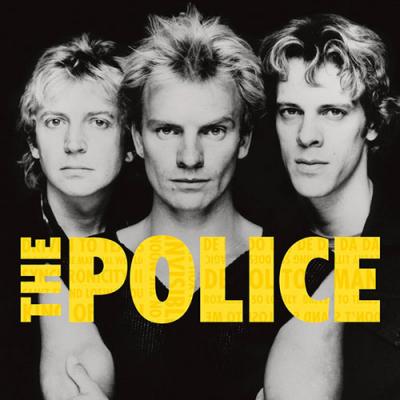 With one band, with one show, you will know, Symphonicity. Conductor Daniel Meyer and the Erie Philharmonic teams with Ontario's Jeans N' Classics for Every Breath You Take: The Music of Sting and the Police at the Warner Theatre, opening the 2016-17 Hanes Erie Pop Series.

Classical music is generally not the younger generation's cup of tea, in the Sahara or otherwise. But whereas they may say "de do do do, de da da da" to the likes of Wolfgang Amadeus Mozart, few have ever been able to say no to Sting (see "Don't Stand So Close to Me," inspired by his days as coveted young schoolteacher Gordon Sumner). Jeans N' Classics is banking on that popularity to bring aboard the hundred million castaways who would not ordinarily feel at home at the orchestra. Rock musicians and a full symphony will be together this night, plowing the field of gold that has been Sting's illustrious career.

The Police are hardly a contemporary band, but their keen songwriting outshone most of their contemporaries and a great majority of those charting today.

The Police sold 75 million records worldwide, with their 2007-8 reunion tour selling 3.7 million tickets and grossing $358 million – few would be driven to tears with that outcome. As a solo artist, Sting has four platinum or multi-platinum albums under his belt – who wouldn't want to be walking in those footsteps? The Police are hardly a contemporary band – after all, they recorded their last album in 1983 (Synchronicity) – but their keen songwriting outshone most of their contemporaries and a great majority of those charting today.

The Police's music married punk, reggae, pop, and jazz influences, showcasing increasingly sophisticated lyrics and song structures as the band evolved while remaining eminently appealing. Andy Summers' mastery of complex chords and Stewart Copeland's command of his drum kit made the power trio a force to be reckoned with. Sting's solo compositions veered in more new age and world directions while carrying over some of the jazz sensibilities of his younger days with various UK ensembles. Even if Sting sounds like he's babbling nonsense on occasion, his sound should translate brilliantly to an orchestra.

All you'll want to be is next to the euphonium when the lights dim and the curtains open. Bring on the night; bring on the 2016-17 season. – Matt Swanseger