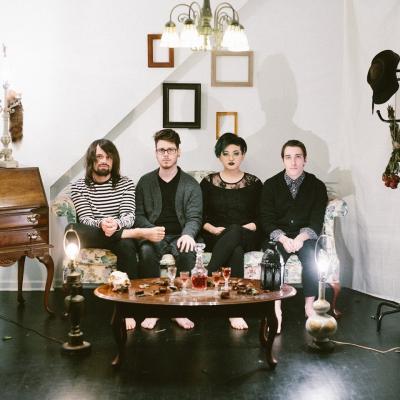 A benefit show will be held at PACA to assist with the funeral costs of Springboro resident Skylar Snyder after his tragic passing on October 2.

The benefit show, presented by The Andromeda Agency, is headlined by Erie pop-punk band Real Fake Doors. With them will be opening out-of-town acts Bristletongue, Mess, and Plaza, from Chicago, Kansas City, and Buffalo, respectively.

"I gotta go Mom, love you, bye," were that last words Kim Snyder-Lesher heard from her son, just hours before he took his own life. According to the CDC, suicide rates in Pennsylvania have risen 34 percent from 1999-2016, but Skylar was more than just a statistic.

Skylar was an upstanding member of the community, and a great friend to those who knew him, and always did whatever he could to make them smile.

"He had been a firefighter for five years," Snyder-Lesher said about her son. "He loved his friends and family with a passion. He would do anything for anyone, but he just couldn't shake depression."

"He was an amazing person he did everything he could to make people laugh ... even if you didn't want to," said Sara Murkens, a friend of Skyler's. "He would do anything for a friend in need. He loved being around his friends and family and music. In this small community to most he wasn't just a friend, he was family and we went through everything together."

Another friend, Nicole Layton recalled her memories of their friendship: "I was going through a rough patch in life and he always found a way to make me smile and make me feel alive. People need to be aware that no matter what you look like on the outside, they truly don't know what's going on in someone's mind"

If you believe that you or a loved one may be at risk, do not hesitate to call the National Suicide Prevention Lifeline at 1-800-273 -TALK (8255) — Tommy Shannon