The 2016 film Jackie will be shown on Wednesday, May 17 at the Erie Art Museum. 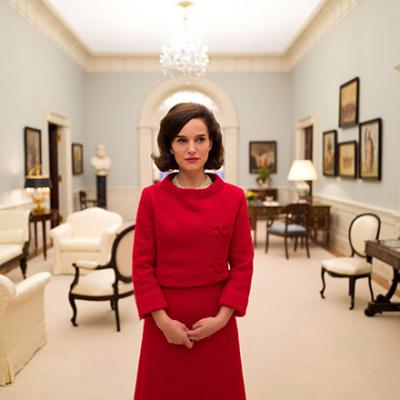 Presented by Film at the Erie Art Museum and the Film Society of Northwestern Pennsylvania, the 2016 film Jackie will be shown on Wednesday, May 17.

"Intensely affecting and insistently protean, the film Jackie is a reminder that for a time Jacqueline Kennedy was bigger than any star, bigger than Marilyn or Liz," said Manohla Dargis of the New York Times.

The film tells the story of former First Lady Jacqueline (Jackie) Bouvier Kennedy, during the few days after John F. Kennedy's assassination. It follows Jackie as she faces a harsh reality, planning the unexpected funeral and comforting their two fatherless children. But despite her grief, Jackie recognizes that her next moves determine how she and her husband will be remembered, so she works tirelessly through the agony.

"This is a portrait of Jackie Kennedy, well and conscientiously played by Natalie Portman; it imagines her stunned, stricken existence in the days between President Kennedy's brutal assassination and his state funeral: a period that the film sets out to evoke almost moment by moment, with wordless lonely scenes in corridors, looming closeups on faces, amplified conspiratorial whispers, poignant memories of banal happier times," said film critic Peter Bradshaw of The Guardian.