Prejudice and the Old Politics

The Election of 1928 speaks volumes about the country then...and unfortunately now. 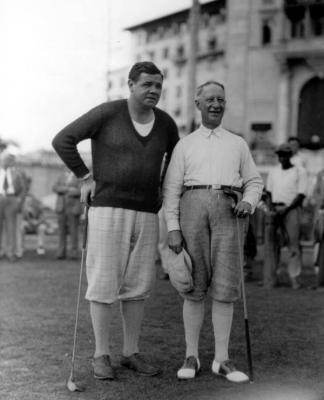 The legend of Al Smith has been more or less lost in the shadows of the Great Depression and the era of FDR that followed. Nevertheless, Smith was one of the most important political figures of his time. Had it not been for an unsophisticated mass media and a post-World War I nativist rejection of all things "foreign," Al Smith would have likely been the 31st President of the United States.

Smith, a Democrat, faced Republican presidential candidate Herbert Hoover in the 1928 election. That story is told with critical detail in Allan J. Lichtman's historical monograph, Prejudice and the Old Politics.

Smith was a four-time Governor of New York and part of the Tammany political machine. He was an outspoken Progressive who initiated several important labor and social reforms during his political career. He was anti-prohibition, in part because of the corruption it fostered. And he was America's first Catholic presidential candidate.

Catholicism didn't play well in the South. Anti-temperance didn't play well with fundamentalists anywhere. And labor and social reforms didn't play into the needs of the American business class that had become accustomed to operating in handouts and payoffs.

To make matters worse for Smith, the American public was experiencing only its second presidential election on the radio and the first election in which most Americans had access to that medium. When southern and midwestern voters heard Smith's high tenor, East coast, New York accent, they developed an immediate mistrust of this otherwise formidable political force.

Smith lost in a landslide.

Herbert Hoover won 58 percent of the popular vote and 444 of 531 votes in the electoral college.

In the final tally, Smith had lost large swaths of the American electorate, including the Democratic "solid South." He managed to hold onto only America's urban enclaves where progressive reforms were most necessary and prevalent.

In 1928 Al Smith should have easily won the White House. Instead, he was politically washed ashore, not because the country wasn't in need of, or prepared for, the kind of change Smith promised, but rather for the values he represented, the way he spoke, and the way he looked.

Today, 86 years after the election of Herbert Hoover, we could follow the electoral charts against Al Smith in navigating the conservative tides against President Obama.

From John Boehner of Ohio, to Marco Rubio of Florida, to Mike Lee of Utah, and Rand Paul of Kentucky, our political course has changed little since 1928.

We have a President who was twice given a popular mandate to carry out vast social and political change. Nevertheless, he continues to face opposition from politicians who claim to represent the concerns of their constituents, not because the country isn't in need of, or prepared for the kind of change he promised, but rather the values those changes represent, the way he speaks about them and - dare I say it - the way he looks.