Preoccupations is a noble effort of post-punk revival.

by Nick Warren
View ProfileTwitterInstagramRSS Feed
September 28, 2016 at 11:45 AM 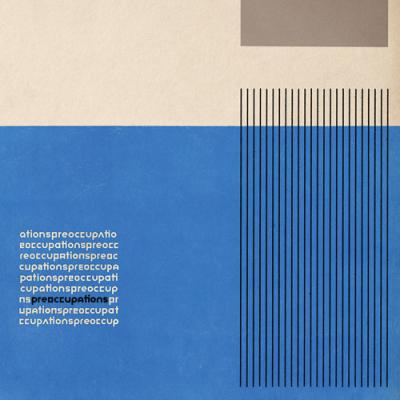 In April of this year, the Canadian band Viet Cong changed their name. Going forward, they will be known as Preoccupations. Abandoning the insensitive moniker, the band began recording their follow-up. The name is an improvement, but is the music? The answer is a tentative "not really." The band's then-eponymous debut album, released in January of 2015, was nothing short of phenomenal. This album is decidedly decent. But one shouldn't be quick to write off an album simply because it doesn't exceed the standards set by its predecessor. Preoccupations is a noble effort of post-punk revival, channeling the sounds of bands like Joy Division, Echo & the Bunnymen, and Bauhaus, among others. Scott "Monty" Munro and Daniel Christiansen's shimmering guitars, soaked with wet reverb and delay, hover over the steady eighth-note chug of vocalist Matt Flegel's bass work. Songs decay into noise-based drones, most notably in the track "Memory." Every song title consists of a single, captivating word plucked from its chorus. Flegel's lyrics are bleak, intelligent, and existential. The recording sounds excellent, brilliantly warm and entrancing. – Nick Warren