Preparing for the New Year

Useful tips for surviving the debauchery yet to transpire. 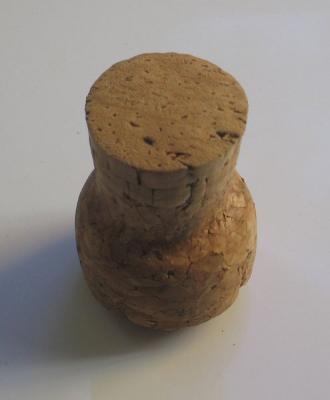 If you're reading this the world hasn't ended. Not a bad precursor for a New Year.

A crisp layer of snow will crunch under your feet as you walk along the sidewalk to a friend's house. It'll snap and crackle like the packing peanuts in your Christmas gifts. But there will be something besides the frigid cold blowing through the air. There will be electricity that runs with the wind; it runs within us, too. We are all mobile conduits delivering energy for the emerging year. The hope for a kiss, the need for a drink, or a reason to change can charge our body and mind.

The New Year is an exciting time, as it can be a clean slate, a reason to cut loose, and the cause of a couple million hangovers. Like the right kind of whiskey, there are some basic provisions that'll make the transition into 2013 a smooth one.

The earliest recorded New Year's festivities were celebrated in ancient Babylon over four millennia ago. We've left behind the new moons and vernal equinoxes in exchange for exorbitant amounts of alcohol, a 12,000-pound plummeting light-up ball, and a sloppy smooch. Some sources believe it was the Ancient Romans who began the tradition of the New Year's kiss. We continue this tradition with full gusto as some believe missing out on this custom would lead to a lonely year, or worse, no kiss at midnight. Statistically, New Year's Eve is the second loneliest holiday to be single, right behind Valentine's Day. But don't lose your cool. Just remember that you're with your friends and a drink can be nestled in your hand to ease the brief pangs of heartache. Perhaps even – as it's that time of year – you'll dodge the sly delivery of the flu bug. And for those of us who can't escape from our kiss, well, embrace the one you're with.

Not everyone has someone special, but if you do, cap the year of with some fine cuisine. Take your honey to dinner or cook them something sweet. Go out with a group of friends or pull up a seat with the family. Whatever you do, do your stomach a favor and feed it; hopefully the morning will return your goodwill. If the resolution includes healthy eating habits, let it go for one more night – the preparation is delightful. Heavier drinking calls for heavier eating. Doctors suggest eating fatty, salty, carbohydrate-filled foods – nuts, potatoes, pizza, pasta, fruits, and fruit juice – before dousing yourself in a night of debauchery. These will keep you hydrated and prevent low blood sugar. If you're playing host, have some snacks alongside all those spirits. And if you're a guest, be a good one – bring something to the table. Nobody is saying go top shelf, but be mindful: cheap alcohol means a worse hangover due to unfiltered impurities. In addition, ditch the diet drinks for the real deal. Fat- and sugar-free mixers are known to speed up inebriation.

If you can picture your past year,  you can probably also picture how bad New Year's resolution statistics are. Rooted in an ancient religious context, the act of making a personal promise has continued through thousands of years. However, six months after these resolutions are made, more than 50 percent of participants have given up on their pledges. On the other hand, you're more likely to follow through with a formal promise than someone who has not made a promise at all. Tackle January with unwavering willpower and you've got a shot at the rest of the year. Interestingly, MSNBC reported that willpower is not just an expression, but a "real form of mental energy, powered by glucose in the bloodstream." This means if you're trying to lose weight, starving yourself is going to reduce your level of determination.  Here are a couple reminders: Don't lose it if you lapse, share your goals with those who will motivate you, and keep notes on your progress.

Maybe you're beneath blankets snuggling up to your better half on the couch, or browsing the Erie Art Museum with a  glass of bubbling champagne in your hands, or maybe you've made it to your friend's front door and the night has just begun. Whatever is happening, try to capture some piece of the past year to take with you. Lastly, and this should go without saying, if you're going to tip a couple back, be sure to organize transportation sooner than later.