President Obama on Immigration Reform: Is He Right or Wrong?

William Sesler takes a look at how President Obama has handled immigration, and the possibilites for reform there are. 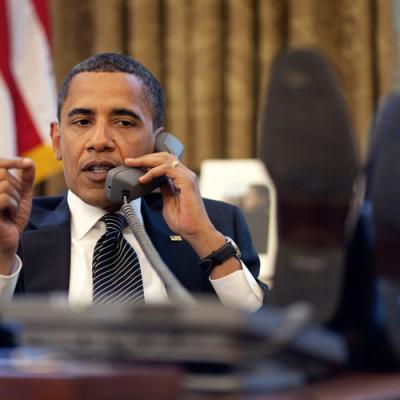 Welcoming strangers from foreign lands into our land has always been and probably always will be a sensitive matter on which the American people will disagree. The problem was addressed initially in the second book of the Bible, Exodus, where it was written in Chapter 22, verse 21: "You shall not wrong a stranger or oppress him, for you were strangers in the land of Egypt."

It is obvious that the need for comprehensive immigration reform has been acute, but to date, Congress has seen fit to do nothing and the legality of the executive order, issued by President Barack Obama last November 21 in an effort to start reform, has been stonewalled by federal courts thus far, despite the fact that the majority of the American public are in favor of taking action.

In one of the latest CBS News/New York Times Poll taken from April 30 to May 3 this year addressed to 1,027 adults nationwide, the question was asked: "Which comes closest to your view about illegal immigrants who are living in the U.S.? They should be allowed to stay legally, but not be allowed to apply for citizenship. OR, They should be required to leave the U.S." Results were as follows: Stay, Apply for Citizenship = 57 percent; Stay, not apply for citizenship = 11 percent; Be required to leave = 29 percent; Unsure/ No Answer = 3 percent.

President Obama, in the face of failure of Congress to take action, used his executive authority to expand his program and permit certain undocumented immigrants who came to this country as children to remain here without the threat of deportation. Most of the plan was supposed to go into effect on Feb. 18, 2015, but 26 states filed a challenge before Judge Andrew Hanen of the federal district court in Brownsville, Texas, a noted critic of the President's immigration policies. Judge Hanen issued an injunction stopping the program before it started, and two judges of the 5th Circuit Court of Appeals panel (who are similarly hostile to Obama) declined to lift the injunction – although the third judge hearing the matter wrote a spirited dissent.

The Circuit Court will hear oral arguments on July 10. The appeal to be heard in July will focus on the merits of the case. The Obama administration will argue that the president acted within the law and the states do not have the power to enforce immigration law. More delays, if not the outright defeat of Obama's initiative are likely to follow, although the matter may quite likely end up in the Supreme Court and be an issue in the 2016 Presidential election. The legal wrangling to date suggests that the President and his aides may have underestimated the legal and political challenges to offering protections to more than 4 million illegal immigrants without a congressional vote.

In a statement, Ken Paxton, the attorney general of Texas, said the President had tried to impose "a drastic change in immigration policy" without the consent of Congress. The appeals court decision is "a victory for those committed to preserving the rule of law in America," Paxton said. "We will continue to fight the brazen lawlessness that has become a trademark of the Obama administration."

In response to this purple prose, a White House spokeswoman, said, "Today, two judges of the Fifth Circuit chose to misrepresent the facts and the law." She said, "The president's actions were designed to bring greater accountability to our broken immigration system, grow the economy and keep our communities safe. They are squarely within the bounds of his authority, and they are the right thing to do for the country."

This writer has difficulty understanding why there has not been the beginning of a truce—or at least a reconfiguration—in the politics of immigration. Several of the potential Republican candidates, most notably Jeb Bush, have expressed pro-immigration views. Even self-identified Tea Party Republicans respond three to two in favor of a path to citizenship for undocumented immigrants. Every other group—Republicans in general, independents, and especially Democrats—is largely pro-immigrant and repeated polls support this view.

As I spend more time studying the issue, I am reasonably certain that opposition to immigrants is based primarily on faulty economic logic, not race. Americans are generous people, and they generally support immigration – even when immigrants are different from us. People in the middle and upper-middle classes don't mind poorly-educated, low-skilled immigrants in the county, nor do we mind highly-educated professionals coming in – unless, that is, they are in the same profession as ourselves. Those of us advocating an immigration overhaul are basically calling for official recognition of the present status quo through offering legal status to some, if not all, of the roughly 11.2 million undocumented workers who aren't going away. The idea of attempting deportation at this level would create an enormous economic fallout, constitute a humanitarian tragedy, and require billions of dollars of taxpayers' money. So much for the 29 percent in the poll mentioned above who say immigrants should be required to leave.

The basic opposition is based on the erroneous notion that there is only so much work to be done and that no one can get a job without taking one from someone else. It's an understandable assumption. Adam Davidson, writing in the New York Times Magazine on March 24, 2015, hit the nail on the head when he said, "It might seem intuitive that when there is an increase in the supply of workers, the ones who were here already will make less money or lose their jobs. Immigrants don't just increase the supply of labor, though; they simultaneously increase demand for it, using the wages they earn to rent apartments, eat food, get haircuts, buy cell phones. That means there are more jobs building apartments, selling food, giving haircuts and dispatching the trucks that move those phones. Immigrants increase the size of the overall population, which means they increase the size of the economy. Logically, if immigrants were 'stealing' jobs, so would every young person leaving school and entering the job market; countries should become poorer as they get larger. In reality, of course, the opposite happens."

Remember the Old Testament admonition, "You shall not wrong a stranger or oppress him, for you were strangers in the land of Egypt."