Presque Isle Records will connect some Erie-based talent with nearby brilliance when it brings in The Working Poor, from Pittsburg 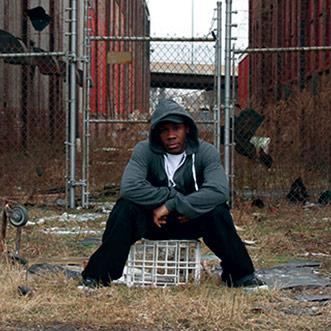 Presque Isle Records will connect some Erie-based talent with nearby brilliance when it brings in The Working Poor, from Pittsburgh. It promises to be an eclectic night of music, with the aforementioned Steel City group providing laid-back alt-country rock; and heavier, thoughtful tunes from This American Song – who feature the evening's other performer, C.Brown, on a rock/rap anthem called "Mind F***ed." The Cartwrights will round out the bill with their indie rock/pop punk perfection, a promising beacon for any fan of the genre.

Those unfamiliar with this lineup can check out a couple of songs before heading to the gig. The Working Poor's album New Wealth highlights the band's relaxed but cheeky country sound – really listen to the lyrics – and its curious use of brass instrumentation. C.Brown, on the other end of the spectrum, likens his sound to TuPac and DMX among others, using electronic strings, drum, and keys under a most stellar vocal pacing and rap style: check out "A Fear of Falling." This American Song aren't rap artists, but those offended by colorful language should take heed. Another one of their singles, "F**k the Dawn," presents the band's Weezer-like vibe with a slight 90s twist.

Such a packed night of genres, bands, and styles is rare. To really experience some great local talent, this showcase will be the place to be. – Miriam Lamey