Preview: Theatre on the Move

Four actors. One troupe. One inaugural production. Theatre on the Move rings in the holiday season with a classic. 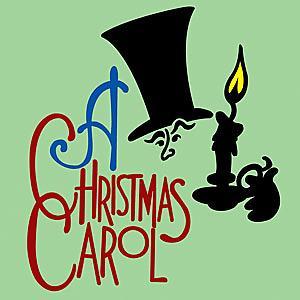 It might sound like a joke, but what theater group has as many members as it does words in its title? Theatre on the Move—and it's no joke since Erie's theater scene just got a cut deeper with four, count 'em, four actors in one troupe.

Jerry Brace, Dave Dicola, Jenn Highfill, and Dorothy Kaliszewski all worked together while performing in All An Act's "Unexpected Guest" this past spring, but each member was already versed in stage. Both Dicola and Highfill first performed in theater at Gannon University's Schuster Theatre, and Jerry Brace—the troupe's oldest member—has been involved in theater for a while and has even worked on the technical side.

Kaliszweski, the director of TOTM's inaugural production "A Christmas Carol," came to theater out of love, but in a less conventional way.

"I've loved theatre from childhood," she said. "I cut my teeth doing impromptu living-room shows with a childhood friend who lived in the country near Union City and have done theater ever since.

"Among the four of us, we've enjoyed working at local venues including the Erie Playhouse, Director's Circle, The Station Dinner Theatre, and the Roadhouse."

Highfill's stepped up as the group's de facto assistant director for the show, and Brace has been handling the publicity work, booking gigs and getting the word out. And Dorothy's husband, Matt, handled the set construction.

So with a tight cast and supportive family, the troupe can keep things simple—but that doesn't mean they're not looking to add to the pack. Kaliszweski said they're opening things up to interested local actors for TOTM's upcoming productions.

But on a cool November evening, in a church on the East Side, the four actors are rehearsing their inaugural production, the holiday favorite: "A Christmas Carol."

But with four actors and playbill full of characters, TOTM faces a steep mountain.

"We're all playing multiple roles," Kaliszweski said. "Except for Jerry, who stars as Scrooge."

Dicola, a small-framed, exuberant guy filled with an energy that seems necessary for such a task, said he's been working on several voice changes, bringing a different voice and inflection to each character. But still, that's a lot of lines, likely six times as many as an actor playing one role has to deal with.

A bit farther from the group, Highfill sits back, quiet and withdrawn, hiding under a tatter Notre Dame baseball hat while the other three field most of the questions. When she talks, her voice is quiet, barely above a breath, which stands in stark contrast of Brace's booming voice that echoes through the church as he talks about actors getting into character, anticipating lines and feelings. Dicola mentions listening to recorded lines helps. They all talk about characters being there for reasons intended by the author, so it's their job to get into them, find out what makes them tick—even if it's just the four of them rifling through character after character. And without hesitation, they're off, into the characters, rehearsing the Dickens classic they're about to perform in a few weeks.

Within seconds, Brace's voice, posture, mannerisms all change—a minute ago, he was the guy in a black track pants and a red sweatshirt; now he's a full-on miserable miser. Not three minutes in and Dicola's shifted roles twice. The voices, noticeably different, work, and his physical energy keeps the thing moving. And then Kaliszweski enters, and her beaming face glows as happiness abounds—one member in the audience or a packed house, she's on and she's giving her all.

But the most noticeable transformation comes from Highfill. Suddenly her voice carries and fills the church. She's funny, she's serious, she's sincere, she's comical. She's come alive through the art of theater—a once quiet woman, whose eyes hid beneath the brim of a ball cap has taken over the stage with command and comfort, shifting from a ghost to a father to beyond.

Each member botches at least one line, but they laugh, regain composure and move on. They're having fun—what theater should be, in their mind—even if that means wearing multiple hats through one production.