The documentary raises important issues about prison privatization, draconian sentencing practices, and the dilemmas facing young people who have "been in the system." 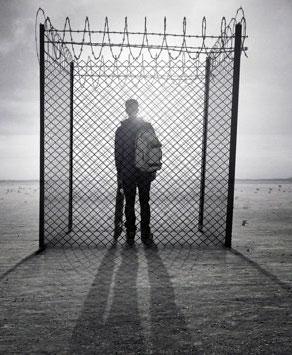 In 2006, 14-year-old Hillary Transue decided it would be funny to create a fake MySpace profile for the Vice Principal of her high school. Inevitably, she got caught – but instead of being sent to the principal's office, she was shipped off to a juvenile detention camp.

Extreme sentences like Transue's were commonplace in the courtroom of Judge Mark Ciavarella, whose platform of "zero tolerance" became popular in the wake of the Columbine massacre. Quarrels with teachers, petty theft, and underage drinking all became acceptable reasons to send students to detention centers for years at a time.

In 2002, Ciavarella partnered with Judge Michael T. Conahan, who oversaw the courthouse budget in Luzerne County, Pa., to secretly allot funds for a private juvenile detention facility. In return, the developer in charge of construction would reward the judges with $2.6 million in kickbacks. Conahan secured the funds, and Ciavarella ensured that a steady stream of adolescents would keep the new center in business.

Robert May's 2013 documentary, Kids for Cash, approaches the scandal with restraint and sobriety. May resists the urge to editorialize, focusing instead on the lives of the people affected. We hear from five teenagers – all charged with minor, non-violent offenses – as they begin to re-enter society. In addition, advocates from Philadelphia's Juvenile Law Center recall how they managed to bring the judges to justice.

Surprisingly, Ciavarella and Conahan both agreed to interviews as well. Neither come across as particularly sympathetic, but May's decision to let them speak adds complexity to a story that welcomes reactive outrage. The documentary raises important issues about prison privatization, draconian sentencing practices, and the dilemmas facing young people who have "been in the system." Though the judges in the film were eventually incarcerated, these institutional problems are still with us. – Dan Schank