Could a challenge to the state's constitution lead to more equitable funding? 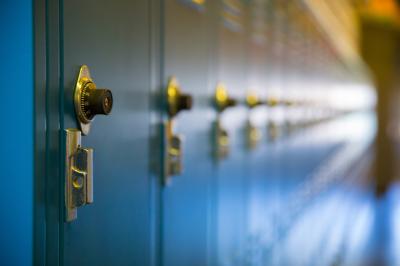 According to Penn State's Matthew Gardner Kelly, Pennsylvania has fallen short by this amount in its school funding. In an alarming report authored as part of an ongoing lawsuit against the state, the assistant professor of education found other revelations as well. The funding gap between students in poor districts and those in wealthy ones amounts to $4,800 per pupil. And that revenue gap has grown by about $1,000 per student since the 2008-09 school year. Basic funding for education was $470 million lower in real dollars in 2018 than it was a decade prior in Pennsylvania. In total, more than 80 percent of our 500 districts were found to be underfunded. Kelly's report was filed last fall in connection to *William Penn School District, et al. v. Pennsylvania Dept. of Education, et al., a lawsuit brought forth by two public interest, non-profit legal organizations (the Public Interest Law Center and the Education Law Center), on behalf of six school districts, the Pennsylvania Association of Rural and Small Schools (PARSS), the NAACP Pennsylvania State Conference, and several concerned parents. Witness testimonies for the case concluded in March, with oral arguments scheduled to begin on July 26.

"We are suing state officials, asking the court to declare that our current system for funding schools does not comply with the state constitution," says Deborah Gordon Klehr, executive director of the Education Law Center (ELC). The ELC and its co-councils are asking the court "to order the state legislature, the governor, and the Department of Education to create and maintain a thorough and efficient school funding system that allows all students to receive the quality education that they deserve."

Klehr, who spoke to me in late April, is quick to note that the lawsuit does not demand a specific dollar amount. Instead, it claims that current state funding is unconstitutional and the disparities between districts are unjustifiable.

As you may suspect, those disparities play out locally as well. Data compiled last year by Klehr's organization and the Public Interest Law Center indicates that the city of Erie was short $63,155,620 of our state's benchmark for basic adequacy. All 13 districts were underfunded, and the average student was short-changed $4,941 annually. Of our economically disadvantaged public school graduates, only 21.5 percent earn a college diploma.

Our state's unusual reliance on local funding may be the culprit for many of these problems. "In most states, the majority of funding comes at the state level," says Klehr. "Pennsylvania is flipped – we rank 45th in the nation in terms of state share." Put differently, 38 percent of our school funding comes at the state level, while the national average is 47 percent according to the U.S. Census Bureau.

This reliance on local funding leads to inequalities due to neighborhood variations in income levels and property taxes. Ironically, some of our poorest districts are taxed quite heavily — but because property values remain low, they still can't generate adequate revenue. "Local wealth is determining the quality of education," says Klehr. "A child's ZIP code is determining whether or not their textbook has Bill Clinton as the latest president, as was mentioned in Greater Johnstown's witness testimony from our trial."

Perhaps crunching the numbers locally would be instructive. In the City of Erie, using 2019 numbers, the median household income is $37,894 and the median property value is $89,100. Head a few miles west to Fairview and those numbers nearly double. Median household income rises to $82,368, whereas the average property is worth $171,700. And the Erie City School District is taxed at a higher rate than nearly 59 percent of Pennsylvania districts.

Testimonies from the trial included many troubling anecdotes. Take Lancaster School District, where Superintendent Damaris Rau indicated that four reading specialists serve 6,000 elementary school students - in a school where 20 percent of the children are English language learners. Noe Ortega, our Secretary of Education, testified that Black and Hispanic students earn degrees at less than half the rate of their white peers in Pennsylvania within six years of graduation. Similarly, in Wilkes-Barre, Superintendent Brian Costello noted that only 18 percent of his district's economically disadvantaged students earn a college degree within six years.

Klehr makes the case for change quite clear: "The pie is not big enough. It's inadequate and it's not distributed based on need. If all you do is redistribute this too-small pie, you aren't solving the problem. You have to grow the pie."

Can this lawsuit, which originated in 2014, make the pie larger? Klehr hopes for a ruling in 2023 — at which point it will most likely end up in the state Supreme Court regardless of outcome. In the meantime, many of our students' needs will continue to be neglected — often on account of geographic circumstance rather than personal integrity.

Dan Schank can be contacted at danschank@gmail.com