Bobby's Place will be bringing together bands that share the same DIY roots on Saturday, Dec. 12. 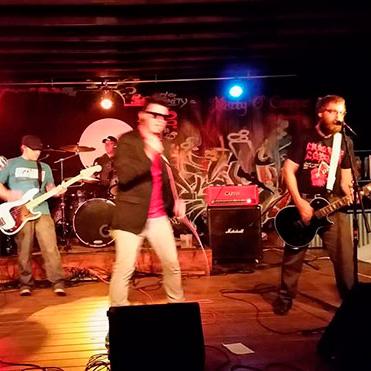 "It's a punk rock show – nothing fancy", Carlos Rivera asserted. The Mala Sangre frontman knows there's no need for a spectacle when you have raw energy. Bobby's Place will be bringing together bands that share the same DIY roots on Saturday, Dec. 12. Local mainstays Mala Sangre (spanish for "bad blood") will bring their lightning-paced, hardcore punk to the stage. Anyone who knows the word "nardcore" will become an instant fan. Erie's own Till the End will open the show, representing the harder edge of 90's style skatepunk. Pittsburgh veterans the Crooked Cobras will lay down their chaotic buzzsaw sound, reminiscent of later Black Flag. Acoustic songwriter Bill Jasper – who recently overcame a rare hearing disorder – will growl out his Rust Belt roots setlist midway through the night. Lastly, back-to-back REMA award winners, Oh NO! It's Mustard Gas, will be a hit for any fan of the Bouncing Souls who likes a dash of ska thrown in. Singer Roman Glass exclaimed that the band might "add some fun changes to our set." Noting that "consistency is awesome for a band because it gets people familiar with your work, but shaking it up is always a recipe for awesomeness!!" — Nick Warren