Punks and Martinis Both Welcome at Scotty's

Scotty's Martini Lounge will be hosting Mala Sangre, Dysmorphia, Weapons of Choice, and Till the End on an evening destined to rattle a few glasses. 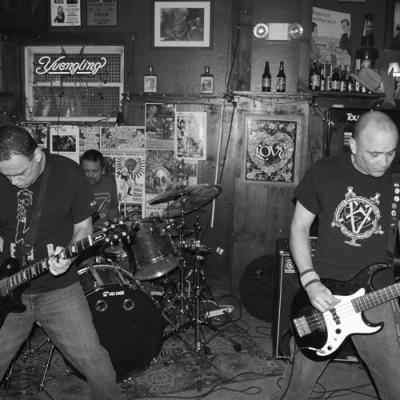 Scotty's Martini Lounge will be hosting Mala Sangre, Dysmorphia, Weapons of Choice, and Till the End on an evening destined to rattle a few glasses.

At their heart, all four groups are punk rock through and through, each coming at it with their own voice. Mala Sangre (Espanol for "bad blood") have the spirit of '80s thrash with a Spanglish streak. Dysmorphia is a self-proclaimed feminist groove-punk riot band formed in Erie that features an all-female ensemble of band members, whose main goal is to "promote awareness and intelligence and do it loudly". Pittsburgh's Weapons of Choice formed around their common interest in and love of "old-school hardcore punk". Till the End is a '90s style skatepunk band founded in Erie whose main influences include bands like Face to Face, Bad Religion, and Lagwagon. If you are a fan of punk music and just an overall great atmosphere Scotty's Martini Lounge Friday night is the place to be. - Austin Mitchell