DAYTONA arrives under immense pressure — the only explanation for its instant classic, diamond-like sheen. 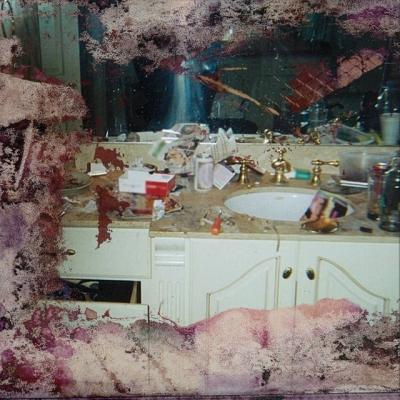 DAYTONA, formerly titled King Push, is a sleek, seven-track album steeped in mythology. Not only is it Pusha-T's (president of G.O.O.D Music) long-awaited follow-up to 2015's Darkest Before Dawn: The Prelude, but also the first project in executive producer Kanye West's Wyoming project, a five-album G.O.O.D music run slated throughout June (featuring projects from himself, Kid Cudi, Teyana Taylor, and Nas). Paired with West's most recent controversial statements, DAYTONA arrives under immense pressure — the only explanation for its instant classic, diamond-like sheen. In the days before its release, Pusha described the album as having no filler, a promise delivered on here (and hopefully on each artist's seven-track project). West's production is in top form, recalling at times the synth-laden hooks of My Beautiful Dark Twisted Fantasy and the soul samples that built his career, while Pusha delivers verse after verse reflecting on a life of crime becoming a life of luxury and taking shots at anyone who questions him (read: Drake). If you're looking for highlights, look no further than "The Games We Play," which transforms an obscure guitar riff into DAYTONA's standout track. — Aaron Mook