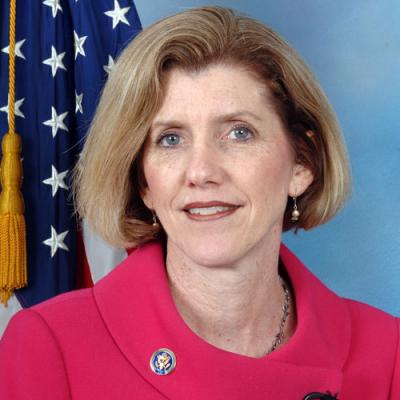 On Tuesday, Nov. 5, the constituents of Erie County will have a choice to make. One that will ultimately determine the future state of affairs throughout the region. Affairs that encompass the decline in state and federal funding, the 911 center, and economic development. Ones that address the pertinent issues of poverty and education and the future development our community – ultimately in hopes of creating vibrancy and opportunity for those that not only live here, but want to come home.

This choice is for Erie County Executive.

While both candidates understand how complex and involved these issues are, only one will move forward and have the opportunity to tackle them. Democrat Kathy Dahlkemper believes she is that candidate. Dahlkemper currently serves as Partner/Human Resources Director and New Business Development Director for Dahlkemper Landscape Architects and Contractors. She holds a bachelor's degree from Edinboro University of Pennsylvania, and she previously served as U.S. Representative for Pennsylvania's 3rd Congressional District from 2009 to 2011, until Republican Mike Kelly defeated her as she made a second bid for the same seat.

In May's primary election, she defeated incumbent Barry Grossman with 52 percent of the vote, and in less than a month will face off with Republican nominee Don Tucci, who defeated Tom Luftus, to earn the Republican nod.

Rebecca Styn: The current County Executive has publicly stated he may be willing to endorse a candidate if either steps forward favoring the establishment of a community college, and to retain some of his staff. Thoughts on this?

Kathy Dahlkemper: I have not ever publicly tried to receive endorsements from public officials – rather focusing on the everyday voter. I don't believe those endorsements are vital. I would rather just hear the message of the constituents.

RS:  Our readers tend to be a bit younger in scope – 25 to 44 years old – with slightly more female Reader readers than male. Give me one idea you'd like to see happen or change in Erie county that would positively affect this demographic.

KD: Many people tell me they want to stay in Erie, but we just don't have the opportunities available to them. I want to see this happen. One of my top priorities is economic development – we need to create the climate in order for job creation to happen. We also need to create a greater environment to enhance the quality of life in the county. By this, I mean we need to make sure that we have a community that is vibrant and attractive so that younger individuals want to stay here – or want to come back. There's a foundation here for it, but it needs to grow. It's one of our major issues – larger companies like GE have trouble attracting the 20-40 somethings from other cities because we don't have the vibrancy or the necessary opportunity to educate their workers.

RS: In regards to the GAF property, what do you think the best process for development is, and, if you had the absolute control to determine it, what would you build there?

KD: Our company, Dahlkemper Landscaping, has been involved in the Bayfront development for at least the last 20 years. We helped design Liberty Park and were involved in the Sheraton and bike path and Intermodal Center. The GAF is one of those last pieces that can majorly enhance the Bayfront. Our company already developed some sketches, and there's been other plans – through the Port Authority and other architects. What we really need though is private development. It's not up to elected officials to decide what really goes there – as honestly, that's not our expertise. We need someone who has done these projects and knows what works. That's how Baltimore became successful. It would be great to have restaurants and shops in the vicinity – alongside public access to access to the water. It could involve residential, but it doesn't have to be in competition with those other things. Often the residential is higher up and the first floor is for the public to use.

RS: Of the entire county, what areas do you think need the most improvement? Why?

KD: I have been all over the county. There are needs in every part – just different. Overall, it's jobs. One of the biggest issues in outer areas such as Union City and Corry – is the lack of transportation. Because there are no jobs in those outlying areas, these areas suffer because there's little public transportation to get workers elsewhere. I don't know if one area is more needy than the next. We have a community that is desperately poor and in need of opportunity – in our small communities and even in the city of Erie.

RS: The mayor is entering his final four-year term. What sort of relationship do you plan to have and how can you ensure that?

KD: I've already met with Mayor [Joe] Sinnott. We've had a relationship since the beginning of his term back when I was running the Arboretum to the time I was in Congress and worked with him on different issues. I plan on making sure that we talk about the big issues that are affecting the county that are most tied to the city. The city is a key part of the county, and I think we can assist the city making sure they are also strong and vibrant.

RS: We're poor. A lot of us. Bigger businesses are either leaving – GE – or aligning with outside corporations – UMPC Hamot – while at the same time, new business growth isn't booming. How do you plan to address that?

KD: I believe it's good that as a community we finally have decided that the number-one issue affecting us is poverty. That knowledge helps us search and find a solution. I keep going back to jobs – but that, alongside education, is key. We need to encourage entrepreneurship. We need to look at the entire ecosystem and find the loopholes that exist and address them, so when someone wants to start a company or find ways to help their company grow, they have the assistance they need. Right now, we're not going to be bringing in the bigger corporations. So we need to grow from within. Our smaller businesses need to grow, and we need to give them assistance to do this. Erie will become a stronger place – we just need to start from within.

RS: Erie's population hasn't grown in quite some time. Do you think this is because Erie's the perfect size, or because there's nothing here forcing people out or attracting them in?

KD: I think part of the reason is we haven't grown is that we haven't taken enough risks. I'm not saying we need to do a 180, but we definitely need to take greater risks than Erie has been comfortable with in the past. We have to look to other communities and study how they've turned themselves around. We may be the perfect size, but we don't have enough jobs here. I don't think we are in a place where we should be comfortable. I believe we will grow if we can address some of these issues.

RS: Why do you think Erie indicated it was time for a change through the voting process?

KD: I think Erie has been really looking for someone that will help lead them – someone with vision. They haven't found that in some of their elected officials. The message I brought forward was a different message. We've got to look forward and work together. I think the county executive continued to manage decline and didn't lead. This role is the leader of the county – and should have the vision and understanding to help create the future.

An interview with Republican challenger Don Tucci will be featured in the Oct. 30 issue of the Erie Reader.