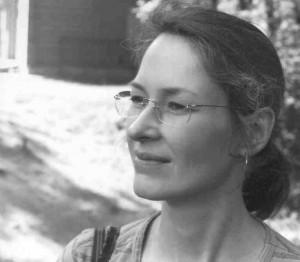 Karina Borowicz is an award-winning poet who will be reading at Penn State Erie, The Behrend College, Thursday, April 18, as part of the Creative Writers Reading Series. Karina Borowicz is the author of two books of poetry, including The Bees Are Waiting, which landed her a spot as a finalist for the T.S Eliot Award. She is one of the most passionate writers I have had the chance to talk to, and her love for her work can be endlessly seen in her poems.

Eric Brewer:  When did you first realize that you wanted to be a writer?  What made poetry, of all forms of writing, stick out to you the most?

Karina Borowicz: At a young age I realized I wanted to write; I loved books of all kinds when I was a kid: mystery and adventure, nonfiction about people, places, and the past, and of course poetry.  My parents always had lots of books around, especially the classics and history, and plenty of poetry, which I gravitated to because it seemed of-this-world yet not-of-this-world in a way that prose didn't.

EB: Is there ever a time in which you get frustrated or stuck with a piece of work? If so, what's your solution to help overcome this stagnant time period?

KB: Oh, yes, getting stuck is part of the job.  But even sitting for an hour or more trying to resolve a line or phrase or word that doesn't work feels productive to me, as long as the wheels are turning in my head.  At some point, putting the problematic poem aside for a few days or weeks while working on another poem allows me to go back with fresh eyes and solve the problem more quickly.

EB:  What sort of things do you take into account when you start forming ideas for a new poem? Does a lot of it come naturally to you because you have been doing it for a while now?

KB: New poem ideas come from all over, even from out of the blue.  From memory and experience, certainly, and from paintings and music and dreams and books.  Writers should keep a little notebook with them at all times to record ideas, images, snatches of conversation, even a half-formed but interesting thought.  These scribblings are a gold mine of ideas.  In order to get worked up into a poem, however, the idea has to have some sort of emotional resonance for me.

EB:  I enjoyed your recently published book of poetry, The Bees Are Waiting. My favorite had to be "Tools" because it had a sense of real life vividness to it, a plethora of detail being contained only by a few short paragraphs. Do you have a favorite piece of writing from this book?

KB: That's a tough question.  There are pieces I like better than others, of course, but to pick a favorite… The poems I've written that manage to capture the wonder  and consciousness of the child-mind really appeal to me, like "Tools," "Soap," and "Midnight Train."  I have a lot of childhood nostalgia – it's such a fascinating and scary time, when you're observing intensely and trying to figure out the world.  We live in the present more when we're young.  I'm really interested in the human perception of time and how it changes as we get older.

EB:   Has your writing style changed at all since you first began to write poetry to the present day? Have you found yourself writing more or less over the years?

KB: I was lucky to have the poet Charles Simic as a teacher early in my writing career.  He insisted on the virtues of clarity and communication, which was something of a revelation to me at the time.  He also taught that wide and deep reading of poetry is essential for any poet, no matter what point you're at in your career.

A daily writing discipline is important for me, and I aim to turn out about a poem a week, which I've been doing for nearly a decade now.

EB: I see your second collection Horses Midstream has been selected as a finalist in the 2012 Nightboat Poetry Prize. Congratulations on another excellent book of poems.  Was writing this book more difficult for you or easier now that you know you have a wide audience following your works?

KB: Putting a book together – which means selecting poems, finding the core, and then arranging them into some kind of order – perhaps gets easier the more you do it.  But as I mentioned earlier, my focus is always on the writing of individual poems rather than on a book or collection. And at that level, the daily work, I'm not sure it ever gets any easier.  I wouldn't want it to.

Karina Borowicz will be at Penn State Behrend's Smith Chapel on Thursday April 18. At 5:30 p.m. there will be a meet and greet with Borowicz; the reading, free and open to the public, will start at 6 p.m.

Experience the Mind of Michael Che at Penn State Behrend