Relocating the show continues to tune in with what made it click. 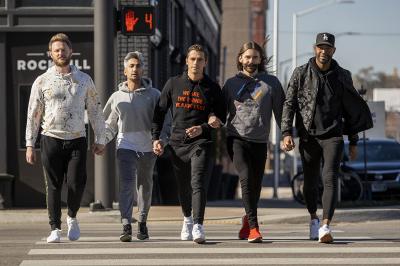 Just in time for Pride Month, Netflix released Season 5 of Queer Eye on June 5. This time their headquarters moved from Atlanta to the more familiar city of Philadelphia. In line with past seasons, the Fab 5 reminded viewers of the show that any transformation is possible, whether it be a dog groomer, DJ, pediatrician, or gym owner. Jonathan Van Ness brings his bubbly attitude, while Tan France remains the confident connoisseur of fashion, Antoni Porowski continues to master the kitchen, Bobby Berk provides his artistic eye with a side-smile, and Karamo Brown maintains his lovable personality (and most memorable T-shirts yet). The biggest difference this season is the increased focus on designer Bobby and his work, as he heads the best renovations of the entire series. In the first episode, he reconfigures the church of a gay pastor into a more inclusive parish center for the city.

There isn't one episode that stands out more than the others, and the revamped series (which now ties its Bravo predecessor by season count) stays true to its format each time. The shock factor is still there, but not quite like it was the first few seasons when it was new. Reminiscent of What Not to Wear, the show retains all the true emotions within the transformation without the over-dramatized reveals.

The focus has shifted a bit though. In a time when there is an ever-egregious news story always ready to break, the themes of love and redemption ring truer than the Liberty Bell. With episodes featuring a young man reconnecting with his mother, a family coming back together to continue their family business, and even a father handing his daughter off for marriage, the season is packed with stories of repairing relationships while continuing self-love. Many episodes also feature small businesses in different parts of Philadelphia, with discussions about gentrification and work-life balance. With all said and done, the show continues to be a go-to for an easy hour of feel-good entertainment. — Chloe Forbes