The FCC is sending more bandwidth to auction. Could this unhinge County plans for a public radio system? 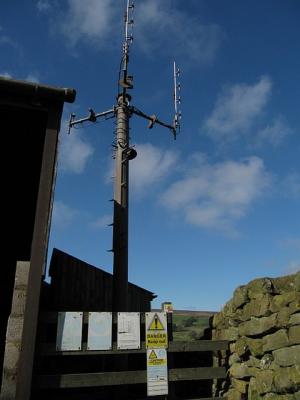 If you haven't seen it yet, this week's Erie Reader features a spirited "The Way I See It" column by ER Contributing Editor Rebecca Styn.

She raises the question of feasibility and value in a $26.4 million Public Safety Radio System proposed in the most recent iteration of the Erie County Budget. It's a good question and Rebecca has a great answer.

But there's an addendum to this story that should introduce a note of caution on the part of the County before committing to a system that may be rendered obsolete by our friends at the FCC.

The FCC regulates the airwaves that we use for our cell phones, internet routers, and - for those of you in the video and audio production game - wireless microphones, the same way that it regulates your favorite AM/FM radio signals. Essentially, it assigns frequencies in the air to specific kinds of industries. If you operate equipment, like an internet router or wireless microphone, on a band other than the one assigned by the FCC, you open up yourself up to big fines and other criminal - yes, criminal - liability.

That last part isn't directed at the County. Most governmental and emergency responders have assignments and use equipment designed to function within its designated spectrum.

The problem is that the FCC will likely auction off remaining low-frequency bandwidth in the next few years because the cell phone industry is crowding the airwaves its already on and it needs room to grow.

NPR reported yesterday that the FCC is getting ready to move. This means that if you buy low-frequency radio equipment today - traditionally the best kind of equipment - it could be obsolete tomorrow.

The last time the FCC auctioned off bandwidth, it resulted in the transition to digital television. So in 2008 and 2009, if you got a voucher from the government to purchase a digital converter for your antennae or your old, square analog television no longer picked up your local stations over the air, this was the reason.

In that airwave auction, the FCC netted $20 billion. Congress wants to try it again and gave the FCC the room to do so. So having already taken a chunk out of the mid-spectrum airwaves, its now looking at low-band frequencies because thats what the telecom industry is after.

Low-band frequency moves better through buildings and other obstacles, which makes it a valuable commodity for first responders and Verizon alike.

Maybe the County's 57-page study on emergency communication takes this all into account? Maybe it doesn't?

Action clearly needs to be taken to unify County emergency management communication. But maybe it should be guided by, rather than precede, the FCC's decision to go to auction. Otherwise the county could be left working with dead air.