With almost two decades of music-making under their belts, Radiohead releases "King of Limbs," a studio effort worth your time and worth your shuffling. 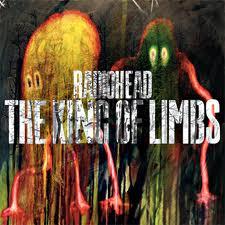 "Codex," the best song on Radiohead's new album, opens with just piano chords. Then, a quiet glissando of electronic bells and a beat so slight, it might not be there at all. Thom Yorke's ethereal voice floats above it all, another instrument, before he sings any actual words a minute into the song. The melody is and sweet and simple, as are the clear lakes and dragonflies he sings about.

But after almost two decades of music, fans should know that nothing Radiohead does is simple. Every beat, every chord change is deliberate, perfected. On "The King of Limbs," that's never been more apparent, though the precision feels imposed on the music by the ever-present drum machine. "Feral" and "Morning Mr Magpie" are the biggest offenders, as Radiohead uses the exact same drumbeat through both songs, which are similar in their frantic, repeating guitar stylings as well. Gone on most tracks is the organic beat mix of "In Rainbows," but then the band doesn't use the same dramatic musical shifts it did on its earlier releases here either.

However, that's not to say the album isn't good. As a whole, the album is so cohesive it feels like you are listening to one, 37-minute long track. The first and last tracks contain echoes of other songs on the album woven into their musical fabric. Because of this, listening to "The King of Limbs" is more circular than linear.

Tracks, then, also don't tend to standout unless the album is listened to out of order—like, say, on an iTunes-shuffled playlist. Taken out of context of "The King of Limbs," "Codex," the danceable "Lotus Flower" and "Little By Little's" seductive earworm ("I am such a tease and you are such a flirt") are great. If the other tracks are merely good on their own, perhaps Yorke and his cohort shouldn't have fit them so tightly together.

But, that isn't simple. And Radiohead will never make an album that's simple.