A healthy dose of adventure beneath the stars. 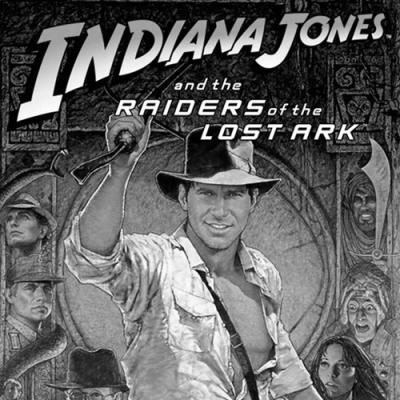 As a suburban boy in the '80s, Raiders of the Lost Ark was as beloved and inescapable a part of my upbringing as an afternoon game of whiffle ball. As globetrotting adventurer Indiana Jones, Harrison Ford's combination of swagger, sarcasm, tough love, and bravery exemplified everything I wanted to be around age ten (save maybe a ninja?). I can even remember my disappointment when my father informed me that real archeologists were more likely to work in a university lab than an Egyptian pit filled with cobras.

So how does Raiders hold up over 30 years later? Its most memorable scenes still pack a punch, and the film's combination of wit and action anticipates many of the most charismatic blockbusters of recent years. It's tough to imagine Guardians of the Galaxy or Iron Man without it. On the other hand, its handling of race is occasionally troublesome, and its central narrative lacks the epic mythology of Ford's other super-sized contribution to popular culture, the Star Wars trilogy.

These concerns are small potatoes though – see it on Aug. 6 at Porreco College for its sharp sense of humor, or for Karen Allen's refreshingly hard-boiled (and hard-drinking) take on the "damsel in distress." Hell, see it for its merciful lack of Shia LeBeouf. And bring the kids – it's still as welcoming and fast-paced as it was in the Reagan era.  – Dan Schank