Q&A with John Elliott and Steve Rubin of DevelopErie 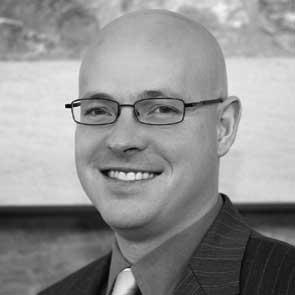 In it's original capacity, the plan for the Erie Rail Terminal project called for a 30-acre facility to be built near Walbridge Road and Route 20 in Harborcreek. The specifics were very detailed:  The project had to be right next to a CSX mainline; the site itself had to be long and flat with three- to four-thousand feet of frontage along the railroad so that you had the ability to park a ten-thousand-foot train without blocking any roads. The location must have easy eastbound and westbound access; be close to state and interstate highways; and be zoned for industrial use.

The project was estimated to have created 500-plus construction jobs, several full-time rail terminal jobs, and then thirteen-hundred full-time jobs for every one-million square-feet that was developed around the terminal – alongside $3 million in new payroll. It would have generated real estate and payroll taxes. It would have created a supply chain for existing businesses and attracted new business to the area.

The site itself was a perfect match for freight patterns. Just not for its neighbors.

There are several key players involved in this project. Some, like John Elliott, President and CEO of DevelopErie, are already recognizable to anyone who has been following this developing saga. Others, like Steve L. Rubin, Erie Rail Terminal President, are not as widely known in the community. Although not a household name, his experience speaks volumes. In addition to his current role, he serves on the Board of Directors of Horizon Lines, the largest U.S. domestic ocean container line, he was Chairman of the Board of Directors of the Intermodal Association of North America, the premier trade association of the intermodal freight industry, and prior to that, he spent 17 years at Kawasaki Kisen Kaisha, Inc. (K Line), Japan's third–largest shipping company, in a number of senior leadership roles for North American operations.

But even with all of this collective experience and expertise and planning, on May 15, 2014, the project derailed.

In an effort to shed some light on the subject, I sat down with Mr. Elliot and Mr. Rubin to discuss the past, present, and still hopeful future of the rail terminal project.

Rebecca Styn: As you're both aware, there was much talk about lack of community outreach on this project. The public perception was that your group didn't focus on the public relations aspect of introducing the project. Perhaps you could address the community outreach that your group did conduct, and if you think the citizens were given the appropriate information from the beginning.

John Elliott: I do think we could have done a better job introducing the project. While our conversations with township officials and PennDOT began several months before the project was introduced, alongside that, much of that time was spent doing traffic and environmental studies – so that we could begin answering the questions we knew the community was going to ask and had already started asking. We've learned a lot from a false start in Harborcreek. Projects of this scale need better communication, and unfortunately, it really wasn't enough to identify opportunities and start bringing in customers and partners. It became apparent quickly, that besides our early efforts, we were missing our local community.

Steve Rubin: It really was a transitional phase which John and his team were leading – until I was appointed president and started working with him in developing the go-forward strategy. Starting in late winter, we had formally partnered with PennDOT to develop a full public engagement process. In early April, Bill Petit [PennDOT's District Executive] alongside myself and Katrina Smith [DevelopErie Senior Vice President] started discussing the project – but we had just started scratching the surface. We had a public official briefing in mid to late march – and invited the neighboring townships, county executive and others – and then had a public forum in early April to appeal to nearly 500 citizens. We really considered ourselves at the beginning stages of the public engagement process. But it was early on that the process got really heated – before our studies were concluded, we didn't anticipate such a reaction. We really didn't have the opportunity to have a full discussion of what the real impacts were and the extent of the studies and how their issues could be mitigated. We learned a lesson – going forward we'll go about it in a very different matter and engage them earlier in the design.

RS: As time went on, what were the major concerns of the citizens and how were they addressed?

JE: What we heard repeatedly were the number of additional trucks along Buffalo Road and the impact of the retail businesses of that stretch. We heard from township supervisors that the additional traffic may hinder the growth of the retail sector. Residents were concerned with Depot Road and the schools located along it. From the beginning, PennDOT took responsibility to fix the width and grade of the road – regardless of the Rail Terminal development. They were going to address the Depot Road issues that the public identified. They also believed that there was plenty of existing capacity to handle the volume. We were looking into ways to deal with the different traffic patterns and trying to cover them all. There were solutions to these concerns.

RS: As I understand, the criteria for this project location were specific. Were there any other location options, and why did you ultimately choose that site?

JE: DevelopErie had started looking at sites years ago. There were five sites we conducted analysis on – and ultimately two sites we did preliminary designs for – the International Paper site in the city and Harborcreek. As we were working with the railroad and operating partners, we identified really unique attributes that a good site required. We didn't want a residential district – we didn't want to require relocation of farms, homes, and businesses and didn't want to have to use eminent domain – so we ultimately needed to be able to purchase any land that would be used.

One of the unique attributes of the Harborcreek site was that it had existing rail siding that would save several millions in construction costs. This was a very difficult puzzle to put together with all of these site characteristics and the site had to fit the local zoning and land use plan. Naturally, we wanted to be close to the businesses that would use the terminal. The further away we are, the less attractive it was going to be to those businesses as an economic opportunity. It was our goal to avoid unnecessary expenses, as it was a private investment driven project.

SR: It's a high hurdle that needs to be cleared in order to build and operate a sound financial and operational business – and to justify the investments. Intermodal, as an industry, is not well understood. That site was a perfect fit.

RS: Has this decision had an affect on the Inland Port Initiative overall?

JE: The Inland Port Initiative is still going forward. The Initiative includes multiple projects at multiple sites. The Rail Terminal was a large and very important part of the project – and the Initiative is now smaller without it. However, we have always been intentional about keeping these projects moving independently and that any one of them can proceed without the others. There are still opportunities here and we will pursue them.

SR: There really is a lot of support for a rail facility in Erie County. We're continuing our efforts to pursue it. The rail terminal is just the start for economic benefits for the greater Erie economy as a whole. Our private investors still want to see the project go forward. There's a broad consensus from both the public and private side that the terminal would provide Erie with substantial benefits – but it also has to meet the physical, operational, and financial requirements to successfully operate a private terminal that will provide sufficient returns to investors. We are currently working on a whole new approach that will be presented to DevelopErie board and public partners over the next several weeks.

JE: We're an investor in the project and it has always been our intent to transition to a minority role. We'll continue to support the rail terminal plans to move forward. We have several other projects going on as well that continue to move forward.

RS: Keeping with this line of thinking, if this project does move forward in another capacity, what do you see as the short- and long-term benefits to the region?

JE: The most obvious is the cost savings to current businesses – shipping products in and out of Erie. Between Erie and L.A., businesses can save $200 to $2,000 per shipment by changing modes of transportation from truck service to rail service. Overall, the project improves their national and global competitiveness. Intermodal provides new opportunities for those shipping in bulk – it will allow for the possibility of taking some of that bulk product and moving it by rail, overall providing even more cost savings to tap into new markets they haven't thought of before. In addition, the federal government has implemented tougher regulations on the trucking industry. Freight costs will increase making Erie businesses less competitive – as truck pricing is actually growing faster than inflation this year. Which also explains why the intermodal industry has grown faster than inflation in the last ten years. The railroads are having a great year. When companies are looking for locations to grow, they're looking at factors like energy costs and labor costs and so many are looking at logistics. This would make us a more attractive place to grow business. We need our community as a partner. It's going to require a lot of effort, and the public all working together, if this is going to succeed. I think it does have a chance at new life here and it's a project worth doing. We have a natural harbor which grew around our railroads - it's part of our history and potentially a great part of our future.