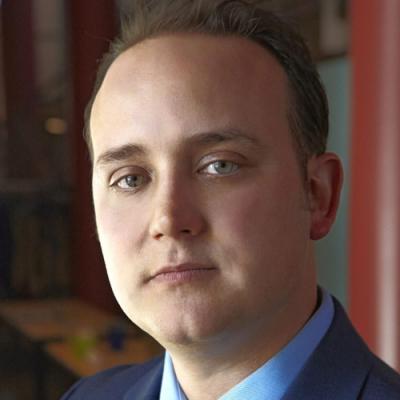 At its Feb. 1 meeting, City Council agreed to ask state legislators to support its quest to receive a portion of slot machine revenues garnered by Erie County government from Presque Isle Downs & Casino. The money would be used to fund the city and Erie's Public Schools to the tune of $550,000 each. Councilman Bob Merski sponsored the resolution.

What City Council doesn't seem to understand is that the city has been receiving far more than 10 percent every year since 2008. ECGRA alone has invested more than $22 million in nonprofit organizations and for-profit businesses in the city – that's an average of $2.4 million each year. Local share gaming revenue has been hard at work for nine years improving the city of Erie's quality of life and generating new local and state tax revenue.

ECGRA's investments in the city are combatting blight and empowering underserved residents through neighborhood development associations and community centers. They're alleviating poverty by helping to train and put at-risk youth to work through in-school and after-school employment initiatives, including those overseen by Erie's Public Schools. They're fostering entrepreneurs, bolstering inner-city businesses, creating jobs, and improving the city tax base via innovative partnerships with our universities and small business lenders.

ECGRA's investments support infrastructure and public safety, renew main streets and neighborhoods, protect and preserve historical properties, and educate and entertain via Erie County's nine largest cultural assets – all of which are headquartered in the city of Erie – and dozens more urban-based arts, heritage, and recreational organizations and events. In short, ECGRA funds are seeding the economy and growing the community in ways that local tax dollars don't have the will to perform.

ECGRA's $22 million is just the tip of the iceberg. It doesn't include any local share gaming revenue that Erie County government has invested in the city or that directly benefits city residents and businesses.

With cooperation from Erie County government and Summit Township officials, ECGRA recently completed an economic impact study of gaming revenue investments made from 2008 through 2016. The report, available Feb. 19 at ECGRA.org, details how ECGRA's investments leverage additional funding, support jobs, and generate tax revenue. It also features the cumulative impact of local share gaming revenue at the local and state level.

The direct impact of Erie County government's gaming revenue investments totals $42 million. Those investments go on in our community to generate an additional $42.9 million in indirect and induced revenue via local vendor, organizational, and consumer spending. That's a total of $84.9 million in local economic impact. The economic impact of Erie County government's investments at the state level is even greater and totals $106.1 million.

ECGRA's investments have resulted in a cumulative economic impact of $87.2 million. Over the past eight years, 573 jobs have been supported and sustained because of ECGRA's investments and $2.9 million in state and local tax revenue has been generated.

And millions of those dollars generated at the local and state levels support the city.

Councilman Merski has said that if the city receives direct support from gaming funds, urban tax payers will benefit. Quite the contrary, if Councilman Merski's short-sighted view of how funds are doled out comes to fruition, the city and its taxpayers would be forced to underwrite a larger portion of what ECGRA currently funds, creating an even more crushing burden on city residents.

ECGRA staff and board members are busy in Harrisburg protecting Erie County's $11 million share of local gaming revenue. Erie City Council, under the leadership of Councilman Merksi, is squabbling over scraps. City Council should join us and communicate with one voice to Harrisburg – or there will be nothing left to fight for. Not even 10 percent.