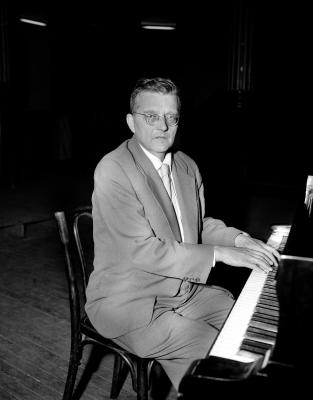 Under extraordinary pressure from the Soviet government, Dmitri Shostakovich composed the masterwork that might've saved his life in his Symphony No. 5. The 50-minute arrangement is the centerpiece of the kickoff of Erie Philharmonic's 2019-20 Symphonic Series.

Some of us slacked on our piano lessons as children and can now recall little more than a few bars of "Heart and Soul," on a good day.

Lucky for all of us, Andrew Tyson's virtuosity behind the keyboard was noticed and nurtured. This world-renowned young pianist, whom Instant Encore hails as a "rapidly emerging…distinctive and intriguing musical voice," is a featured artist in the Erie Philharmonic's symphonic season opener, with his interpretation of Ludwig van Beethoven's Piano Concerto No. 1.

Maurice Ravel's "Alborada del gracioso" (or "the Jester's Morning Song"), part of the Miroirs suite of piano solos which was adapted for orchestra, will also feature in the Phil's kickoff event, with its remarkable technical difficulty and unrelenting, though comic, pace.

The evening's performance, in the incomparable Warner Theatre, will be rounded out by Dmitri Shostakovich's Symphony No. 5. At a time of great political tension in Russia — an understatement for Stalin's Soviet state in 1937 — this four-movement symphony (about 50 minutes long) was a response to prior criticism from the official newspaper of the Soviet party. Shostakovich feared for his and his family's life at one point; this symphony restored him to favor practically overnight. — Cara Suppa