Opening Nightl kicks off the new film series at the Erie Art Museum. 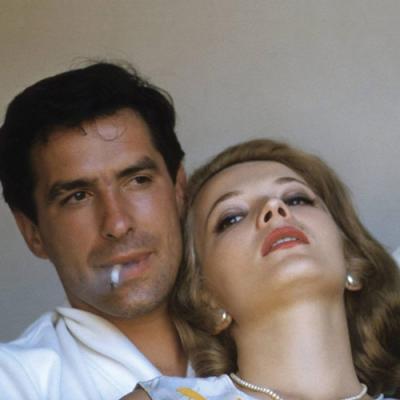 There's nothing quite like the films of John Cassavetes. They're unabashedly emotional, but never sentimental. Artistically challenging, but rarely pretentious. Harsh, but also humane.

Unlike most of the great American directors of the sixties and seventies, Cassavetes didn't leave a long list of wannabes in his wake. There are a million Goodfellas rip-offs, and plenty of second-rate takes on Apocalypse Now. But Opening Night – the appropriately titled 1977 feature that will kick off the new film series at the Erie Art Museum – is still one of a kind.

Collaboration and intimacy were key ingredients for Cassavetes. In addition to casting members of his family, he typically chose to work with his closest friends.

It's nearly impossible to talk about Cassavetes without also mentioning his wife and closest collaborator, Gena Rowlands. Here she delivers a characteristically heartfelt performance as an aging Broadway actress who witnesses a fatal accident prior to a show. This triggers an emotional meltdown that eventually erupts on stage, all delivered with unflinching dedication from one of Hollywood's most underrated actors.

Collaboration and intimacy were key ingredients for Cassavetes. In addition to casting members of his family, he typically chose to work with his closest friends (including people like Peter Falk and Ben Gazzara), encouraging them to offer suggestions and even take occasional turns directing. This gives his work a frantic and unpredictable energy. In a film like Opening Night, where the narrative unravels as violently as the performances, the chaos is contagious. – Dan Schank