Record Release: An Evening with This American Song at Scotty's Martini Lounge 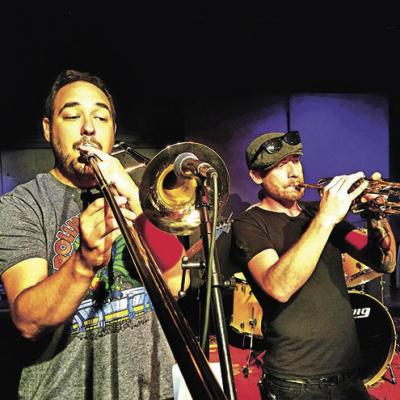 For many, November 24 will be best recognized as Black Friday — an ironic release date considering the title of This American Song's brand new EP, Black Sunshine. Indeed, this is just one of several interesting coincidences surrounding the release (including the fact that the album's title track debuted alongside an animated music video on August 21, the day of the solar eclipse). Their first offering since a set of 7-inch records in 2015 (almost two years to the date), Black Sunshine comes after about a year of writing, recording and preparation. This American Song has of course been a staple of the Erie music since their inception in 2012, and even before then, the members had kept busy in other local acts including (but not limited to) Smoke and Mirrors, Plato's Cave, and The Go Go Rays.

Collaboration appears to be a huge component of This American Song, as the EP's artwork was created by the band's peer and friend McKenzie Lee Sprague (of Cult Classics and Optimistic Apocalypse, who herself dropped the excellent The Art of Love earlier this year), while the music video for "Black Sunshine" was directed by digital artist Micah Yaple and Larry Wheaton (who plays trombone in the band). In fact, the record release party is even being supported with an acoustic performance by the band's trumpet player, Jesse Michael. This American Song's roots run deep in the Erie music scene, and anyone with the time and interest to support them should have an excellent time doing so at Scotty's Martini Lounge. Black Sunshine is the latest release on Erie's very own Presque Isle Records. — Aaron Mook