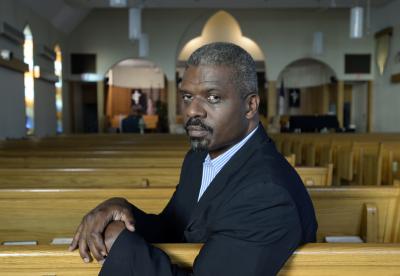 Boston, a city known for its long-simmering racial tensions, found itself literally under fire during the first half of the 1990s. Disenfranchised, predominantly African-American youth were regularly engaging in gun violence and greatly distrusted predominantly white, Irish Catholic law enforcement. After a horrific incident in which a young man was stabbed and shot in front of the altar at Morning Star Baptist Church, Reverend Jeffery Brown and his fellow clergy resolved to make a difference.

Rev. Brown was a key cog in the implementation of Operation Ceasefire, otherwise known as "the Boston Miracle," wherein youth homicides (those perpetrated by individuals aged 24 or younger) dropped from rates of 44 per year between 1991 and 1995 to a low of just one in 1999-2000. The program targeted the two roots of gun violence, illicit gun trafficking and gang violence. Elemental to its success was Rev. Brown's epiphany that the perpetrators themselves needed outreach, to be listened to and understood. He mobilized clergy members to venture into Boston's most crime-ridden neighborhoods to interface with youth directly. Police officers eventually would come to these religious and community leaders seeking their insights.

The Operation Ceasefire model pioneered by the partnership between Boston faith groups, city governments, community organizations and research groups, and law enforcement has since been applied successfully to many other metropolitan areas. As president of the philanthropic ventures Rebuilding Community Around Peace (RECAP) and co-founder of My City at Peace, Rev. Brown is still committed to the same core principles — collaboration over competition, and listening over preaching. His vast body of experience and solution-oriented mentality has made him a coveted guest speaker over the past quarter century, as evidenced by a local appearance at the Jefferson Educational Society's Global Summit VIII in 2016 and scores of others throughout the country.

Given the tumultuous events of the past couple months, JES is again recruiting Rev. Brown's wisdom and perspective for a special live streaming event entitled "A Conversation with Rev. Jeffrey Brown: Race in America and Today's Black Lives Matters Movement," joining JES Vice President (and Erie Reader contributing editor) Ben Speggen. The live stream will begin at 4 p.m. on the JES official Facebook page, and posted on the JES YouTube channel and official website thereafter.

It would behoove Erie — a city with its own checkered racial past — to pay attention to what Rev. Brown has to say.