Working to make sense of a crazy year 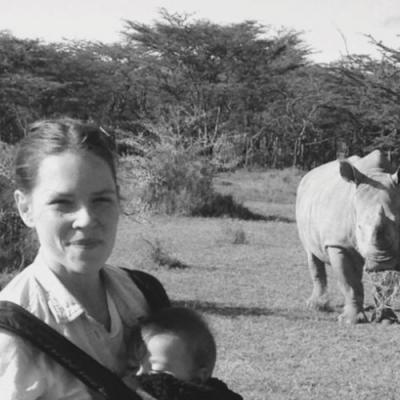 A lot has happened since last year's Global Summit at the Jefferson Educational Society.

Locally, an Innovation District is in the works for our downtown. Our public school system came to the brink of collapse. A comprehensive plan has been drafted to encourage regional prosperity. And a Brig Niagara-sized Rubber Duckie reached our shores for a few days at the end of the summer.

Turn to the national stage and things get even weirder. Email servers, Miss America pageants, and reality television stars dominate the political landscape. Ideological allegiances are shifting rapidly – Glenn Beck is voting for Hillary Clinton and Donald Trump is cheerleading for Julian Assange. It's a confusing, frustrating, and exhilarating world.

Thankfully, the Jefferson Educational Society is here to help us make sense of it. For two weeks each year, some of the most innovative and influential minds in the country (and beyond) drop by Erie to share their ideas.

Worried about this election? Perhaps a Pulitzer Prize-winning historian can provide some perspective. Want to cultivate a prosperous Rust Belt economy? There's a former World Bank economist on his way to help us figure it out. Fearful of gang violence in your community? A religious leader from Boston has some hard-earned advice to share.

Worried about the election? Perhaps a Pulitzer Prize-winning historian can provide some perspective. Want to cultivate a prosperous Rust Belt economy? There's a former World Bank economist on his way to help us figure it out. Fearful of gang violence in your community? A religious leader from Boston has some hard-earned advice to share.

The eight events featured this year encompass a huge range of topics. To help you find the folks that interest you most, here's a guide to who they are, what they're known for, and what they have to offer.

Unnatural Selection: Does Wilderness Have a Place in the 21st Century?
– with investigative journalist M.R. O'Connor

On radars because: O'Connor weighs in on an impressive array of contemporary topics, ranging from humanitarian aid in Haiti to Native American radio stations in the Southwest, for publications like The New Yorker, The Atlantic, Slate, Time, and NPR. In 2015, she published her first book, Resurrection Science: Conservation, De-Extinction and the Precarious Future of Wild Things, which "offers a critical toolkit to help readers understand the challenges of wildlife preservation," according to The Christian Science Monitor.

Worth seeing because: O'Connor asks surprising, illuminating questions about bioethics, climate change, and ecological conservation. How can stem cell research improve (and complicate) our efforts to preserve endangered species? Do we have the technological tools to bring back animals from extinction (and, if so, should we use them)? For that matter, are animals really "wild" in a world where their survival depends on human intervention? 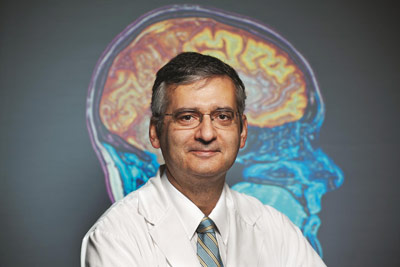 Deep Brain Stimulation: Parkinson's, Alzheimer's, Depression, and the Switch to Turn Them Off
– with Dr. Andres Lozano, chair of neurosurgery at the University of Toronto

On radars because: Lozano's research allows scientists to "adjust the dials in the circuits of the brain," according to his popular 2013 TED talk. His method is known as deep brain stimulation, and it involves sending remote-controlled electronic currents through one's skull to relieve serious ailments. Through this stimulation, he can treat mood disorders (like depression), movement disorders (like Parkinson's disease), and cognitive disorders (like Alzheimer's).

Worth seeing because: Neuroscience isn't the friendliest topic for a science-phobic layperson like myself. But Lozano has a great knack for storytelling and metaphor. So expect a little "brain stimulation" of your own, with no electricity needed. Better still, his findings may have major ramifications for anyone suffering from degenerative conditions. 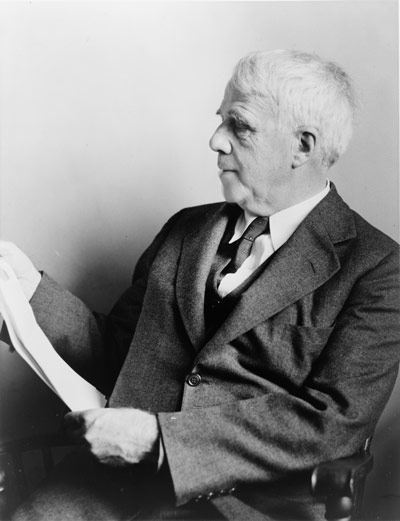 When Roads Diverge: Robert Frost and Belief in the Future
– with David Orr (poetry columnist for The New York Book Review), Lesley Lee Francis (poet and granddaughter of Frost), and Drs. Robert Hass and Donald Sheehy (both professors in the English and Philosophy departments at Edinboro University)

On radars because: In Erie, we are very fortunate to have two of the world's premiere Robert Frost experts nearby at Edinboro University. This year, the school has partnered with the Jefferson for a wide-ranging discussion of one of our nation's most beloved (and accessible) twentieth century poets. Plus, Frost's granddaughter will be on hand to discuss her experiences while touring the country with this towering literary figure toward the end of his life.

Worth seeing because: Frost's "The Road Not Taken" has a well-worn popularity in America that transcends any additional interest in poetry. And critic David Orr, who recently wrote an entire book about the poem, will add to the discussion. This will be an absolute must for local poetry fans – as well as a fantastic point of entry for folks who are new to the medium.

An Evening with Fred Barnes, executive editor and co-founder of The Weekly Standard

On radars because: As I type this, it's hard to believe that the 2016 presidential election will finally be over when this event takes place. Accordingly, the Jefferson has invited two guests to make sense of the results. First up is Fred Barnes, one of our nation's most prominent neoconservative political commentators. In 1995, he partnered with William Kristol to found The Weekly Standard, a magazine that has stood for free markets, a strong military, and an interventionist foreign policy ever since. Barnes is a Trump supporter, but he's not in full unison with the outspoken real estate mogul on each issue. His strong defense of Bush's military philosophy and his affection for free markets often put him at odds with the isolationist, populist Republican nominee.

Worth seeing because: Trump's near-dominance over conservative media can oversimplify the nuances of the conservative movement. And that movement is currently at a precarious threshold. In the wake of Nov. 8, a period of deep reflection or urgent rejuvenation is bound to occur. And Barnes will offer a strong indication of what lies ahead. 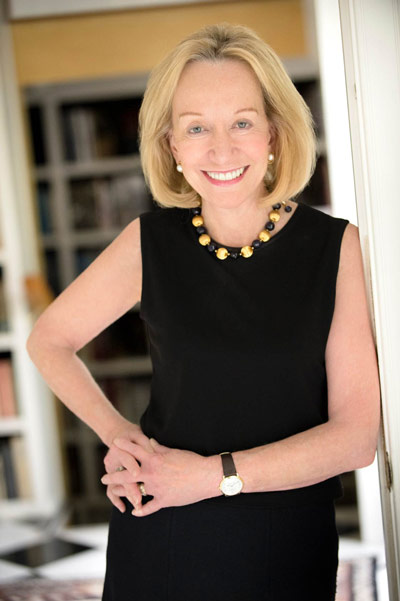 On radars because: If any American scholar deserves to be referred to as a "public intellectual," Dr. Doris Kearns Goodwin should be at the top of the list. A familiar face to viewers of Meet the Press, Charlie Rose, and The Daily Show, Goodwin has been helping Americans make sense of our presidents for four decades. Her 2005 bestseller, Team of Rivals: The Political Genius of Abraham Lincoln, inspired a catchphrase as Obama established his cabinet, won a Pulitzer Prize, and compelled Steven Spielberg to make a certain film about a certain president. Not bad for a 944-page presidential biography!

Worth seeing because: Goodwin's agreeable, level-headed approach to progressive politics can seem alarmingly out of sync with contemporary politics. She's a Clinton supporter, but not the sort that pumps out angry clickbait on partisan websites. She approaches debates with affection rather than malice. Expect a gracious and informative response to the 2016 verdict. 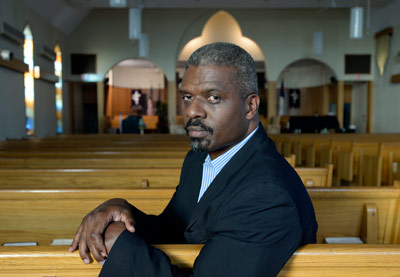 The RECAP Initiative: Reducing Youth and Gang Violence by 79 Percent in Boston
– with Rev. Jeffrey Brown

On radars because: Rev. Brown's RECAP Initiative (Rebuilding Every Community Around Peace) played a crucial role in what would come to be known as the "Boston Miracle" – an unprecedented reduction of violent crime in one of the city's most vulnerable neighborhoods. According to Brown, it wasn't draconian police tactics that delivered the change. Instead, through an expanded definition of community and a dedication to active listening, he was able to reach out to gang members with surprising success.

Worth seeing because: According to Ferki Ferati, executive director and vice president at the Jefferson, "social justice is a big issue that we need to tackle in Erie." Accordingly, he's particularly excited about Brown's lecture, because his work can help us to "move beyond an 'us vs. them' mentality when dealing with issues like youth violence." There's been a lot of distrust between law enforcement and poor communities of color this year, locally as well as nationally. If these problems continue to escalate, it could create a crisis in leadership. Fortunately, Brown is a proven leader with practical ideas about cultivating peace.

The Smartest Places on Earth: Why Rust Belts are the Emerging Hotspots of Global Innovation
– with Antoine van Agtmael

On radars because: According to van Agtmael, a former World Bank economist, many parts of the Rust Belt have begun to shed their rust. In Akron, for example, when a once-thriving rubber industry fell on hard times, the city adapted its existing infrastructure to respond to demands in the polymer industry. That infrastructure proved to be a market advantage. They didn't need to reinvent the wheel – they simply needed to retrofit it.

Worth seeing because: It could happen in Erie. In fact, van Agtmael recently began researching the Gem City. We've certainly got the space, and we also have the framework for an industrial economy. Better still, multiple local universities are ready to move forward, as demonstrated by Penn State Behrend's recently-unveiled Advanced Manufacturing and Innovation Center. Wouldn't it be nice to drive by an empty warehouse and see an opportunity rather than an eyesore? It could happen! 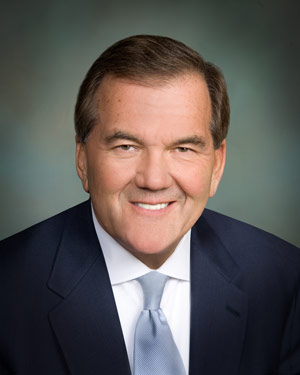 The Digital Forevermore: Are We Ready?
– with the Honorable Tom Ridge, recipient of the 2016 Thomas B. Hagen Dignitas Award

On radars because: Do we even need to bother? Tom Ridge is as "Erie" as Oliver Hazard Perry eating a pepperoni ball at an Otters Game. We named our airport, our environmental center, a program at Mercyhurst, and even a local horse race after him. He was a six-term congressman, our state's governor, and the first director of the Department of Homeland Security. You've probably heard of him.

Worth seeing because: Ridge will address the topic of cyber warfare – something that many of us underestimate. As someone who played a crucial role in our nation's response to the attacks on Sept. 11, Ridge knows a thing or two about national security. At the Jefferson, he'll discuss the ways that those dangers have taken on a digital dimension and how we can prepare for a challenging, tech-savvy future.

If you're in high school or college, you have additional incentive to attend this year's global summit. With prior registration (and proper I.D.), students can attend each event free of charge. The Jefferson made an effort to customize the content to local issues this year, so expect to come away with plenty of ideas that can be implemented in our community.