Richie Cole Brings His Playful and Energetic Jazz to Anchor In

Cole's stage attitude is casual, playful, and energetic, and says swing, swing, swing -- that's so, whether he's doing a ballad or love song or an up-tempo be-bop classic or a Cole Porter or George Gershwin standard or a simple, even corny (by jazz standards) pop song, past or present. 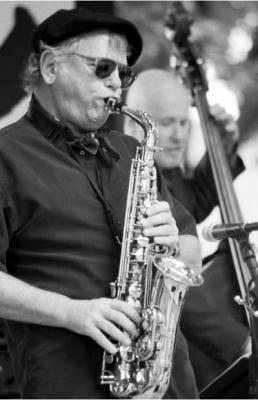 From the time jazz alto saxophonist Richie Cole gets maybe a third of the way through the first tune, it's already evident that he is going to have some fun and so are we.

That's so, whether he's doing a ballad or love song or an up-tempo be-bop classic or a Cole Porter or George Gershwin standard or a simple, even corny (by jazz standards) pop song, past or present.

Cole, who'll turn 67 in late February (so you can wish him an early Happy Birthday if he makes one of his usual trips through the audience when he comes to Anchor In Feb. 6) plays just about everything with zest and spirit. He comes right at his audience, wailing as if there's no tomorrow.

That's the way it's always been for the man who calls what he does "Alto Madness.''

Cole, who started on the sax at 10 and later won a DownBeat magazine scholarship to the prestigious Berklee School of Music in Boston, became – and remains – a hard-swinging quintessential be-bopper.

The New Jersey-native – who will share the stage with both Erie's own Frank Singer on guitar and Joe Dorris on harmonica and vocals – hit the big time jazz scene in 1969 as one of the hot young players on the exciting new big band formed by drumming great Buddy Rich.

In the '70s and '80s, Cole led a quintet that traveled the world. That's likely when he and the group gave a command performance for the Queen of England, a gig proudly mentioned in Cole's press material.

A guy who loves to play and not sit around the house, Cole's worked with an impressive list of musicians: Freddie Hubbard, Sonny Stitt, Art Pepper, Nancy Wilson, The Manhattan Transfer, and more.

So Cole's Erie stop – his second in recent years – will be a welcomed return. – Bob Protzman