Vaillancourt talks prophecy, and calls the election for Romney. You think he would have learned by now.

by Cory Vaillancourt
View ProfileFacebookTwitterGoogle+RSS Feed
October 31, 2012 at 9:00 AM 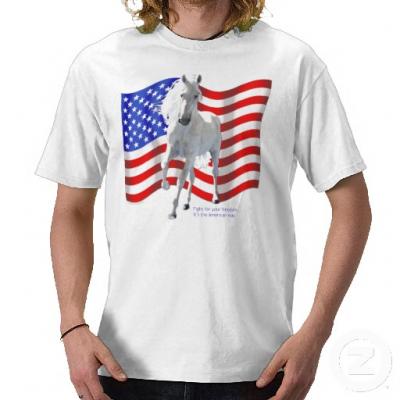 I haven't done so well with prophecies lately; you'll probably remember my fascination with the illustrious Harold Camping – mathematician, biblical scholar, broadcaster – who predicted the world would end on May 21, 2011. I believed him and burnt every bridge and exhausted every resource in anticipation of being raptured, and, well, it didn't happen.

So then he reissued his prophecy – this time, it would be October 21, 2011 – and again, I fell for it. I began to learn the ways of the Knights of the Road, in anticipation of wandering a post-apocalyptic wasteland in vagabondage, searching in vain for a mall food-court Orange Julius in which to charge my Nokia flip phone. To think, I wasted all that time inventing a new-fangled hobo code that nobody used.

I then vowed never to let myself be led so dangerously astray again.

But this time, this time I've stumbled onto a prophecy most profound; like the august echo of a child's simple song, the imminence of the "White Horse" prophecy cannot be ignored.

The "White Horse" prophecy has me convinced that in just days, Mitt Romney is going to take the presidency from that brown-skinned socialist who's been handing out free health care. No, not Jesus, but Barack Hussein Obama, who is a Muslim from Mars that was born in Kenya or some crazy place where they don't hand out birth certificates or shit in clean water like we do here in 'murica.

How, you say, can I be so confident in my prediction? Well, in 1843, the Mormon prophet Joseph Smith dictated what has become known among Mormons as the "White Horse" prophecy. One day, he said, we would "see the Constitution of the United States almost destroyed. It will hang like a thread as fine as a silk fiber."

And danged if he ain't right, by Gemini, what with all of that Martian malarkey this Kenyan Marxist has been perpetratin' on the Constitution. It's hanging by a thread, I tells ya! A thread! Fine as a silk fiber, I tells ya!

The Constitution, Smith said, "was made by the inspiration of God; and it will be preserved and saved by the efforts of the White Horse." Smith went on to say that the persecuted Christian fringe sect he had invented would emigrate westward and become a great people; they would become powerful, like a wild, "white horse," and one day swoop in and save these United States from anarchy and decay.

Are you following me? MITT ROMNEY IS THE WHITE HORSE.

It's irrefutable; after all, it comes from the same group of people who brought you all these things that no one's talking about:

I like my fairy tales cloaked in an air of mystery and concealed by the mists of time; there's just something about that insurmountable unknown, hailing from a far-off land and far-off epoch before reliable written records, that makes them more attractive and, well, believable. If you don't share my opinion, you'll be glad to know that Joseph Smith said, "Screw all that. I'm startin' me a religion right here and right now."

Unfortunately, the historical record is less than kind to the handsome and charismatic Joseph Smith, who was an alleged confidence man, scam artist, check forger, treasure-digger, and stone seer – which, in retrospect, is a robust skill set for an aspiring preacher.

Again, I like my fairy tales to have characters with indecipherable, exotic, old-timey sounding names, like Ahiyah the Shilonite, Dhul-Kifl, and Nebuchadnezzar. The angel that visited Smith and also served as the guardian of the golden plates was named – get this – "Moroni." Seriously. It even rhymes with "Baloney." It sounds like the first thing that came into Joseph Smith's head when someone rolled their eyes and asked him, "So, Joseph Smith, what was the name of this 'warrior-prophet' that personally visited you?"

He must not have been quick enough to come up with a cool name, like, say, "Anxixtros, Crusher of Skulls," or "Qxzg-vul the Impregnator," so he said, "Moron…ey. Yes, that's the ticket. Moroni. His name is Moroni." Maybe he was Italian; regardless, it's telling that it's only one letter away from "moron."

Speaking of golden plates, y'ever be just digging around in your back yard and come upon buried treasure? Yeah, me neither. Joseph Smith did, though. Smith "discovered" a set of gold-like metallic tablets bound by rings – almost like in a binder – inscribed in a non-existent language he also "discovered" called "Reformed Egyptian."

Want to see this metallic binder full of Mormon? Too bad. After translating them into the Book of Mormon, Smith gave them back to the angel/warrior/prophet/Italian/celestial librarian Moroni, presumably before their due date. Never you mind that Oliver Cowdery, an early Smith follower and one of the very few people to have seen the plates, was a blacksmith.

Speaking of seeing, even if you could see the golden plates of yore, you wouldn't be able to read them. Smith had to use a pair of crystal-lensed magical glasses, given to him, presumably, by the angel/warrior/prophet/Italian/celestial librarian/optometrist Moroni, in order to translate this nonsensical language into the Book of Mormon.

Among the tenents of this totally-not-fake religion are that adherents, once they ascend to a certain level of status within the church, must don special underwear, which they so lamely refer to as "temple garments." I call them magical underpants, which Mormons find misleading and derogatory.

Come on people, I may have been born in the morning, but I wasn't born yesterday morning; the term 'magical underpants' is neither misleading nor derogatory, because, well, it isn't misleading at all, and it can't be derogatory if it's true. If they are required by your religion, and they are worn under your pants, they are magical underpants. Plain and simple.

Anyhow, these magical underpants don't even give you any special treasure-digging or future-seeing powers, and you can't ever take them off, except in cases where an activity can't reasonably be performed while wearing them. Which means…yup…you guessed it. Only for swimming.

Just to be clear, I'm not against plural marriage. Having been married before, I'm just wondering why any man in his right mind would want more than one wife at a time. No eternal salvation is worth such misery. And, rather than get married, it's much easier and quicker just to find someone who hates you and buy them half a house. But I digress.

You want to go to heaven, right? And you want to see your Grampa there, right? Small problem – he wasn't a Mormon, and only Mormons can ascend to the "Celestial Kingdom."

But never fear! The Mormons have been going around for years retroactively baptizing long-dead people with neither their knowledge nor permission (obviously).

True story: not long ago, while researching my ancestry on (duh) ancestry.com – which was started by a few Mormons for exactly this purpose – I discovered that my oldest documented ancestor, Robert Vaillancourt (born 1599 in Normandy, France and baptized Roman Catholic that same day) had, like many others, already been re-baptized as a Mormon. Considering he probably fought in the Thirty Years War and was completely fine lancing people because of their religion, I think he'd be mildly upset. But who knows, perhaps he's up in Mormon heaven enjoying a quiet cup of tea with Adolph Hitler and Anne Frank, who were also retro-Mormonized. I bet conversation gets really awkward, really fast up there.

Almost from its inception, the Mormon faith looked upon the dark skin of Africans as the literal curse of Cain mentioned in Genesis 4: 1-8. Although African-Americans were allowed to join the church, some sacraments needed for ultimate salvation were denied them, often without their knowledge, which is like letting them ride in the back of the bus, then driving past their stop, then driving off a cliff.

Joseph Smith's own house-servant, Jane Manning – an early African-American adherent to the faith – appealed to the church for the overturn of this policy, and was denied. Several times. Which means she's probably not having tea with Adolf Hitler, Anne Frank, or Robert Vaillancourt any time soon, seeing as how she's rotting in Mormon hell because she's black.

But after sitting around for, oh, about 113 years after President Lincoln freed the slaves – presumably to see if this whole "black people aren't sub-human" thing would catch on – the Mormons finally relented and have been cheerfully admitting people as dark as Gladys Knight since 1978. No word yet on the Pips.

Now, despite all this tomfoolery, you'll remember I called this election for Mitt "White Horse" Romney earlier in this story, so we're all going to have to start to politely pretending that this whole Mormon thing isn't a bunch of rubbish.

However, we may all have to do far more than pretend – there is further "evidence" that this prophecy is coming true, right before our eyes. In addition to the assertions of Joseph Smith and the ascension of Mitt Romney, Glenn Beck, and Karl Rove (all Mormons), the weight of this evidence is compounded by two independent, even adversarial sources: mainstream Christians, and Mayans.

You see, Joseph Smith wasn't above issuing apocalyptic predictions himself – much like our reviled, aforementioned Harold Camping. When creating the "White Horse" metaphor in his head, he's alleged to have drawn heavily on the Book of Revelation. In that book, Jesus opens four of the seven seals, producing the Four Horsemen of the Apocalypse. In Revelation 6: 1-2, the narrator says, "I looked, and there before me was a white horse! Its rider held a bow, and he was given a crown, and he rode out as a conqueror bent on conquest."

And then there's the Mayans. We all know their current doomsday calendar suggests December 21 as the end of the world…That's only a few weeks after the White Horse wins the presidency – more than enough time for his pals War, Famine, and Death to loose themselves from angel/warrior/prophet/Italian/celestial librarian/optometrist/stablehand Moroni's grasp.

So all this Mormon stuff I just told you could become pretty important, very soon; so let it be known that before the White Horse even enters the White House, I, for one, welcome our new Mormon overlords.