Robert Zemeckis' Take On Roald Dahl Is Not Very Bewitching

In terms of witchery, Anne Hathaway is no Angelica Houston 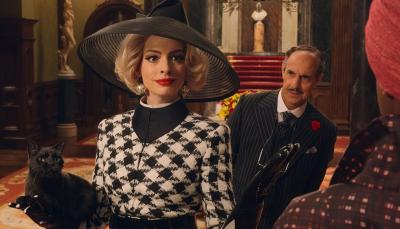 In 1990, a film came out that left children scarred for life, a film with convincing practical effects and a villain with a commanding presence. This movie was The Witches, based on Roald Dahl's book of the same name, and like most nostalgic films, it has been given a remake, this time directed by Robert Zemeckis with Guillermo Del Toro attached as a producer. The Witches tells the story of a young boy and his grandmother who wind up staying at the same hotel where a coven of witches is plotting to eliminate the children of the world by turning them into mice. Remaking the original film is not inherently a bad thing — changing the setting to 1960s Alabama actually had the potential to give a fresh take on the source material, and for the first third of the film, it looked like it would. Octavia Spencer's performance as the grandmother alongside Jahzir Bruno as the main protagonist was very compelling and leads the audience to believe this was going to be a strong film that could stand on its own. In the most unfortunate case of irony, the worst part of The Witches…..is the witches.

Anne Hathaway's performance as the leader of this coven, the Grand High Witch, will make viewers wonder how on earth witches avoided being discovered for so long. She screams, breaks multiple pieces of hotel furniture, and publicly draws attention to her suspicious activities. While the Grand High Witch was written to have an accent, it is doubtful that Hathaway's combination of Frau Blücher from Young Frankenstein and the Swedish Chef was what Dahl had in mind. To make matters worse, the overall choices of digital effects miss the mark in so many ways. The animals stand out as if they are from a completely different movie, and the choice to give the witches three long fingers on each hand is frankly insensitive to individuals with limb differences. After seeing what Del Toro and Zemeckis have been capable of in the past, it's concerning to see that they appear to be going backward. — Claudia Rose