Chestnut Grove will return to Kings Rook Club for one of the biggest shows of the season. 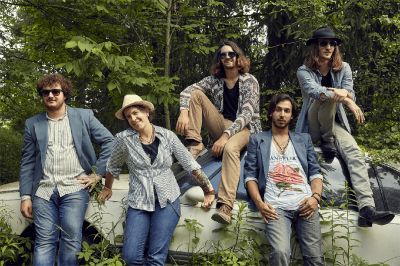 On April 28th, Kings Rook favorites Chestnut Grove will return to the club alongside the blues rock power trio Wild Adriatic for one of the biggest shows of the season. Supporting a brand new EP, Black Champagne, slated for release this spring, Chestnut Grove comes fully prepped following the release of their new single, "Scratch an Itch." A continuation of their ongoing marriage of country, soul, and rock and roll, Black Champagne follows a string of consistent releases from the Perkiomenville, Pa. band including their 2015 debut Perkiomenville and 2016's Let It Down EP, produced by Modest Mouse and Dr. Dog collaborator Bill Moriarty.

Joining them are friends, peers and tourmates Wild Adriatic, who share Chestnut Grove's space as current forerunners of the modern classic-rock sound. Originally formed in Saratoga Springs, New York in 2011, the band released their sophomore full-length, Feel, just last year, a follow-up to 2015's Never Enough EP. Writing for Heavy Magazine, critic Jeni Lambert called Feel "an enchanting potion of lamenting soul numbers," ultimately referring to the album as "unpredictable – although the sheer passion that grounds their music lingers as an inevitability." The album was awarded four stars out of a possible five.

The show will be followed by an after party in the venue's upstairs lounge, highlighted by a performance from Cleveland's The Boomshakalakas (featuring guitarist and Erie native Tyler Ray Lobdell). As always, there will be no admittance into the venue after 2 a.m. — Aaron Mook