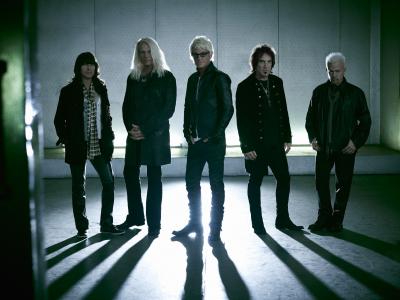 The iconic classic rock band REO Speedwagon will grace the stage of the Warner Theatre this September. Hailing from Champaign, Ill., the quintet was responsible for a number of indelible hits with active-verb-heavy song titles that mostly read like full sentences unto themselves. Erieites will get to "Roll With the Changes," "Take It on the Run" or — in their biggest hit — "Keep on Loving You" (lest we forget the infinitive "Time for Me to Fly"). Taking their name and elements of their winged logo from a pickup truck precursor introduced in 1915, the band played their first show in 1967. For many, they serve as one of the quintessential bands of the 1980s, even though some of their most successful albums were released before the decade was in full swing, including You Can Tune a Piano, but You Can't Tuna Fish, and 1980's decuple-platinum album Hi Infidelity. Along with  founding member Neal Doughty (keyboards) and longtime vocalists Kevin Cronin and Bruce Hall, the band is joined by Dave Amato and Bryan Hitt for a lineup they've kept consistent since 1989. — Nick Warren