Check out the talent that is coming Romolo's way. 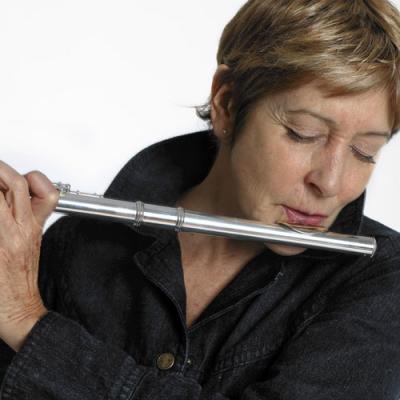 "Yay!! I made it into the critics poll in DownBeat Magazine again," flutist Ali Ryerson practically shouted on her Facebook page.

You notice she said "again," indicating this is nothing new, but still obviously exciting for someone also named Jazz Flutist of the Year by the Jazz Journalists Association.

Some locals may remember that Ryerson made a surprise appearance in Erie in 2009 when JazzErie signed up Harrisburg-based pianist Steve Rudolph to play the nonprofit's 10th anniversary brunch at The Brewerie.

Showing her versatility and skill outside of playing, she helps design flutes. And as a musician? In 2013, she released Game Changer, featuring the Ali Ryerson Jazz Flute Big Band, with guest soloist Hubert Laws on flute. The acclaimed album was one of nearly two-dozen discs she has released on major labels, not to mention a dozen or so albums of well-known artists she appeared on.

The album prior to the big band effort was 2011's Con Brio! And judging by Romolo's emphasis on it in its pre-publicity, it seems likely that Ryerson and band will play a number of tunes from it.

It's definitely something to look forward to. – Bob Protzman