Royal Blood // How Did We Get So Dark?

Royal Blood's How Did We Get So Dark? will have you alternating between head-banging and rump-shaking. 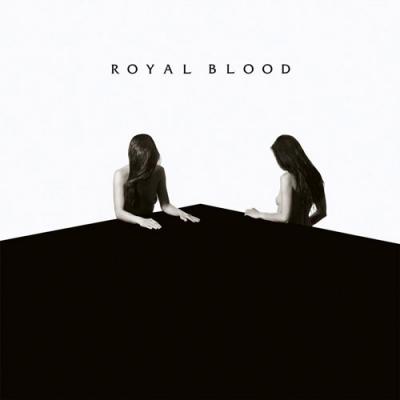 How Did We Get So Dark?

In some lineages, royal blood has been known for not clotting and bruising easily. This is also the case of Royal Blood (the band), although this time high-tonnage riffing (not hemophilia) is to blame. The English duo of Ben Thatcher (drums) and Mike Kerr (bass, vocals) bleed energy profusely on their sophomore effort How Did We Get So Dark?, demonstrating that they still have plenty in the bank after their promising self-titled debut. Far from frail and inbred, the band has inherited a sound resembling blues-rock in spirit (a la the White Stripes or the Black Keys) and stoner metal in timbre (a la Queens of the Stone Age or Fu Manchu). Their second record flirts more readily with arena rock, especially on tracks like "I Only Lie When I Love You" and "Where Are You Now?" with their huge snares and cowbell. You'll often find yourself alternating between head-banging and rump-shaking within the course of a single track, perhaps best exemplified by "Lights Out." Kerr's bass buzzes, brays, and snarls before his wah-wah pedal takes the song in a funkier direction. All in all, it's a dichotomy that's royally fit.