The outdoor music series returns for another year, with Badfish and Ark Band headling the first two shows. 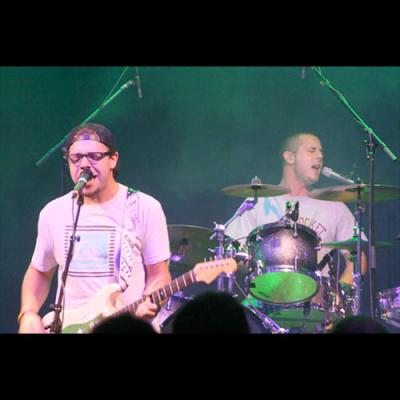 "Definitely better than Sublime with Rome," another fan replied.

If you've seen what they got, chances are you may concur. That's because Badfish (A Tribute to Sublime) always deftly, and always lovingly, carries the torch, and the soul – the best of the best – of the legendary Long Beach act, long after that band's bright-burning, cut-short heyday a couple of decades back.

On Sunday, May 31 – just after their highly-anticipated annual summer show at Nelson's Ledges Quarry Park in Garrettsville, Ohio – Badfish are bringing it back to Erie for a return appearance at Schickalay's on the Bay, once again kicking off the gyro joint/awesome live music venue's outdoor Summer Music Series.

They'll be joined there by local pop troupe The Romantic Era, making it a good day (yep, the shows start at 3 p.m.) to get down to – and down at – Schickalay's.

From there, the sound-and-sun-kissed fun keeps happening – and the spirits of tributes to music legends linger – with the series featuring Ark Band's "Tribute to Bob Marley," with special guests Chaka, as its next installment on Sunday, June 7.

I'll repeat what I said about this place recently: Of all the cool Erie gyro joints to go catch live summer-day shows, Schickalay's is the one … well, it's the one.

And this summer's lineup, right from the get-go, is looking tasty. – Ryan Smith