While it may not be ScHoolboy Q's most focused release, it plays closer to a confident victory lap that showcases the rapper's chameleon-like abilities. 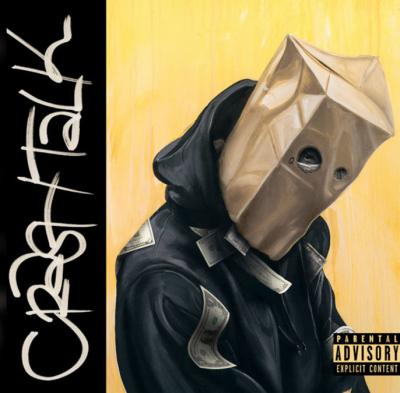 ScHoolboy Q is a rapper for the people. From an impressive debut (2014's Oxymoron) to guest verses with labelmate Kendrick Lamar and beyond, the Los Angeles-based rapper refuses to be tied to any one subgenre or sound. This has perhaps never been more apparent than on CrasH Talk, an album that feels truly constructed for fans of all kinds of hip-hop. While it may not be ScHoolboy Q's most focused release (an honor that belongs to 2016's stunning Blank Face LP), it plays closer to a confident victory lap that showcases the rapper's chameleon-like abilities. While it never truly reaches groundbreaking heights, it's hard not to compare CrasH Talk to Lamar's most recent opus, DAMN. Only a rapper like ScHoolboy Q or Kendrick Lamar have what it takes to deliver flawless gangsta rap and braggadocio ("Gang Gang," "Tales") and sequence it to flow seamlessly into a modern trap hit like "Chopstix." The album also offers a smörgåsbord of guest stars, featuring big-name talents like Kid Cudi, 21 Savage, and Travis Scott on the aforementioned single. CrasH Talk may occasionally reflect the slapdash technique of the folks who made it, but it often leads to electrifying results.