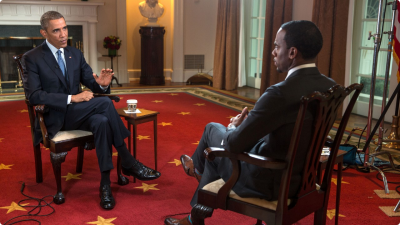 By now most of us - Democrat and Republican - recognize that President Obama is not candidate Obama.

On a 2008 campaign stop in Philadelphia when it appeared that revelations about his former pastor would derail his presidential aspirations, Obama spoke about the American legacy of race and what it means in a contemporary context when political and popular rhetoric celebrate the victories of the civil rights movement with scant recognition of the miles left to walk.

"For all those who scratched and clawed their way to get a piece of the American Dream, there were many who didn't make it — those who were ultimately defeated, in one way or another, by discrimination," Obama said. "That legacy of defeat was passed on to future generations — those young men and, increasingly, young women who we see standing on street corners or languishing in our prisons, without hope or prospects for the future. Even for those blacks who did make it, questions of race and racism continue to define their worldview in fundamental ways."

It was a signal that candidate Obama could be the kind of President that would speak Truth about America, and the world, even when it lacked political expedience.

But in short time, the isolation of the oval office and the problematics of decision making and leadership by committee turned the thoughtful, multicultrally relevant candidate into a skeptically cautious pol.

In an interview with BET earlier this week the President balked at the idea that he couldn't "take a side" in the wake of Ferguson, Cleveland, and Staten Island, but adding that a national conversation about race - like the one he was poised to initiate in 2008 - has been "a long time coming."

The problem, for Obama, is that there is Presidential precedent for taking sides in such matters.

Lincoln for Union, Theodore Roosevelt for reform, Franklin Roosevelt for the poor, Lyndon Johnson for civil rights, and even Richard Nixon, during his first term, took sides on issues eerily similar to those facing Obama, including healthcare and education.

Second term Nixon was someone else, but then again, so is second term Obama.