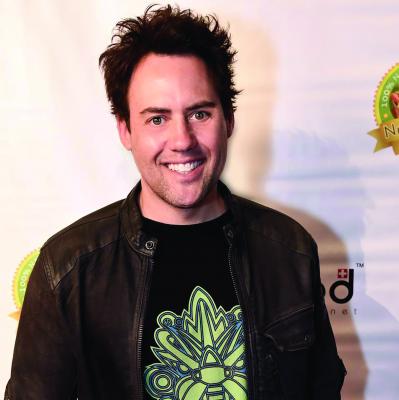 This Valentine's Day, Lexington, Massachusetts-based comic Orny Adams will be returning once again to Jr.'s Last Laugh for a special, "one night only" event. Adams first received national attention for his role in Jerry Seinfeld's 2002 documentary Comedian, which focused on the creative process and life on the road for the pair of stand-up comedians. Since then, Adams has gained a steady audience that extends to Erie, delivering energetic sets that often point a finger at the world, as well as himself.

Adams' career has only blossomed over the past 15 plus years, landing one hour stand-up specials with Netflix, Comedy Central, and most recently, Showtime. In addition to his sets on late night shows with the likes of Conan O'Brien, Carson Daly, and Jay Leno, Adams can be recognized for his recurring role as Coach Bobby Finstock in MTV's recent Teen Wolf reboot series. With a star-studded list of credits and an act that's consistently evolved for nearly two decades, there has never been a better time to catch Orny Adams. — Aaron Mook

by Morgan Ashlee Grenz7/16/2021, 4:16 PM
Give back while you sit back and enjoy the sweet sound of summer music