The Erie Philharmonic's 2017-18 season is almost over, but there's one last show. 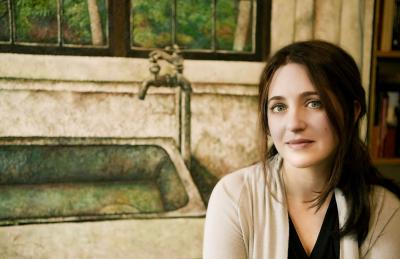 The Erie Philharmonic's 2017-18 season is almost over, but there's one last show.

In what promises to be a memorable finale, Simone Dinnerstein, a New York-based pianist with an international following, will perform a keyboard concerto by J. S. Bach and the world-premiere of American icon Philip Glass's Piano Concerto No. 3, a new work co-commissioned by the Erie Philharmonic.

A graduate of the Julliard School, Dinnerstein has performed at the Sydney Opera House, London's Wigmore Hall and with the Vienna Symphony Orchestra, the Tokyo Symphony, the New York Philharmonic and previously the Erie Philharmonic, too.

In 2007, Dinnerstein released her own versions of Bach's Goldberg Variations, which reached number one on the U.S. Billboard Classical Chart in its first week and was also listed as one of the "Best of 2007" by The New York Times and others. Dinnerstein had raised the money to record her versions on her own.

The season finale will open with Sergei Prokofiev's Classical Symphony and close with Ravel Daphnis and Chloé Suites 1 & 2. For the last time — until the next season — the suites will showcase the orchestra in all its glory. The show will be led by conductor Daniel Meyer.

Prior to Saturday's performance, Dinnerstein will be featured on Live from Studio Q from noon to 1 p.m. Friday, April 6 at WQLN Public Media, 8425 Peach St. It is free and open to the public. — Tracy Geibel