Ranked in Comedy Central's "100 Greatest Stand-ups of all Time," Sinbad brings his acclaimed humor to Erie 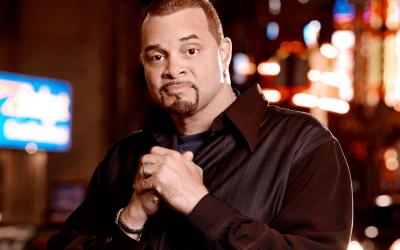 contributed photo
Noted for his off-the-cuff, stream-of-consciousness delivery, Sinbad made a name for himself both in stand-up comic circuits and in television and film throughout the 1990s.

NOTE: AS PER THE STATEWIDE CLOSURE OF ALL NON-ESSENTIAL BUSINESSES, ALL EVENTS FOR TUESDAY ARE CANCELED UNLESS OTHERWISE NOTED.

Tickets have gone fast for the return of one of modern stand-up comedy's original badasses to Jr's Last Laugh Comedy Club.

It's been over a decade since Sinbad — ranked by Comedy Central as one of the "100 Greatest Stand-ups of all Time" (and generally regarded as sitting pretty damn high on that list by a lot of peers and audiences alike) — last performed there, and he's returning for a three-night, five-show stand.

Seats were already solidly sold-out for both the Friday and Saturday early-evening shows as of this writing, so this isn't one to hesitate on.

It's easy to get why he's a big draw: For most anyone say, 35ish or older, Sinbad was a ubiquitous comic presence on '90s primetime TV (Different World) and movies (Jingle All the Way, and Houseguest) and he's done a bunch of critically-acclaimed specials for both HBO and Comedy Central (not to mention what is, to this day, one of the most deliriously freaky bits to ever appear on an episode of It's Always Sunny in Philadelphia).

Abandoning the safety of the setup-punchline-setup-punchline formula used by many stand-up comics — especially older ones — Sinbad was among the first wave of new-school artists to go more stream-of-consciousness, storyteller-style with the craft, elevating it in the process.

His official bio puts it like this: "Sinbad never tells jokes — 'I don't know any,' he admits — but rather stalks the stage, telling real-life stories. He doesn't deliver pay-off lines; he slam-dunks them. His comedy is large, physical, and impetuous. … His stories mirror our foibles … [and] his phrasing is manic, musical, and right on time. He doesn't write his material; he relives it as he remembers it." — Ryan Smith