Slippin' Into the Future 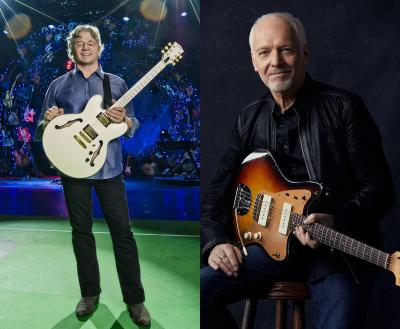 It was going to be the "Best Summer Night," but Mother Nature had other plans. A benefit for the Presque Isle Partnership (PIP), the Steve Miller Band and Peter Frampton were both originally scheduled for Friday, June 22 at Presque Isle State Park at Beach 11. The special outdoor concert — the third of its kind since 2012 — had to be canceled at the last minute due to dangerous storms. But don't worry, PIP didn't "Take the Money and Run," as they were able to reschedule a performance from the two iconic acts indoors at the Erie Insurance Arena on Thursday, September 6 — technically still summer. Anyone who has been around a radio in the past 40 years should be familiar with both of these acts. With a huge roster of hits, the Steve Miller Band has been a staple of classic rock, recording their most memorable work in the mid to late 1970s (their Greatest Hits 1974—78 collection just happens to be one of the 25 best selling albums of all time). English singer/guitarist Peter Frampton also found huge success around the same time, with hits like "Show Me the Way," "Baby, I Love Your Way," and "Do You Feel Like We Do," finding a giant hit in the double live album Frampton Comes Alive! Ticket holders from the June concert are required to exchange their tickets at the Erie Insurance Arena box office. — Nick Warren