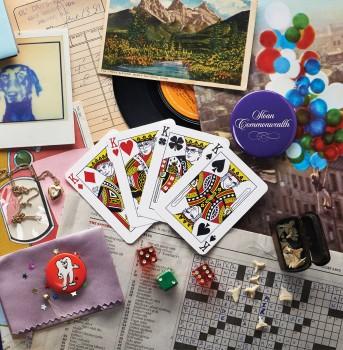 So, you've never heard of Sloan? That's because you live 30 miles too far south. In Canada, where the band has been touring and getting radio play for more than twenty years, they are a household name. They are the steadfast rockers of the North: A grungy, straight-ahead heavy rock/pop-garage band that is never pretentious – a kind of a low-budget Oasis, without the glitz or oh-so-superior attitude; instead, just four guys making catchy and accessible rock 'n' roll. Embracing Canada's philosophy of individual liberty, each individual member of Sloan has the freedom to write their own songs, which are then recorded by the group. Since this is a double album, that means they each get four or five tunes. This makes for a surprisingly unified record musically, if not thematically. The only big miss is "Forty-Eight Portraits" – a seventeen-minute sleeper that could have been cut down to a very happy three minutes. Hey, when a band has 200-plus songs, not every one can be a winner.